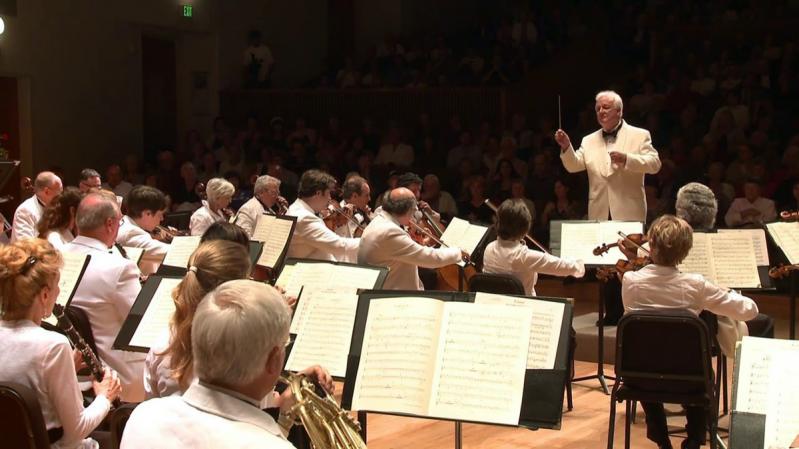 In 1993, Michael Palmer, a renowned American orchestral conductor, founded the Bellingham Festival of Music in Bellingham, Wash. He has continued ever since as the artistic director of the premier orchestral festival in the Pacific Northwest.

Having helped create other longstanding music festivals in Virginia, Oklahoma, and Colorado, Mr. Palmer and his production company have now announced the inaugural Hamptons Festival of Music, which will take place from Sept. 9 through Sept. 11 at LTV Studios in Wainscott.

The festival will feature three genres of concert performance: concerto for small ensembles, chamber music, and symphony orchestra. The opening concert will include all six Bach Brandenburg Concertos. The evening of chamber music will feature Pepe Romero, a classical guitarist, as a solo guest artist. The festival will conclude with a full-length orchestra concert featuring Beethoven’s Symphony No. 7.

Guest artists will perform with the New American Sinfonietta, the festival’s resident orchestra, which includes musicians from across the United States, Canada, and abroad.

Of the choice of LTV as the venue, Mr. Palmer said, “The large studio space and overall facilities seemed like a natural fit for what I envisioned for a very intimate and memorable festival experience for the audience.” His first meeting with Michael Clark, LTV’s executive director, convinced him that “we have found a true collaborator with whom to establish a relationship.”

“Having a world-class orchestra along with recognized guest artists in our building fits perfectly with our goal of having LTV Studios be a unique community gathering spot,” said Mr. Clark.

He subsequently served as music director of symphony orchestras in Wichita and New Haven, and toured Europe for 10 seasons with the American Sinfonietta. A former guest conductor with the Houston Symphony Orchestra and the Denver Symphony Orchestra, he currently holds the position of Distinguished Professor of Orchestral Studies at Georgia State University.