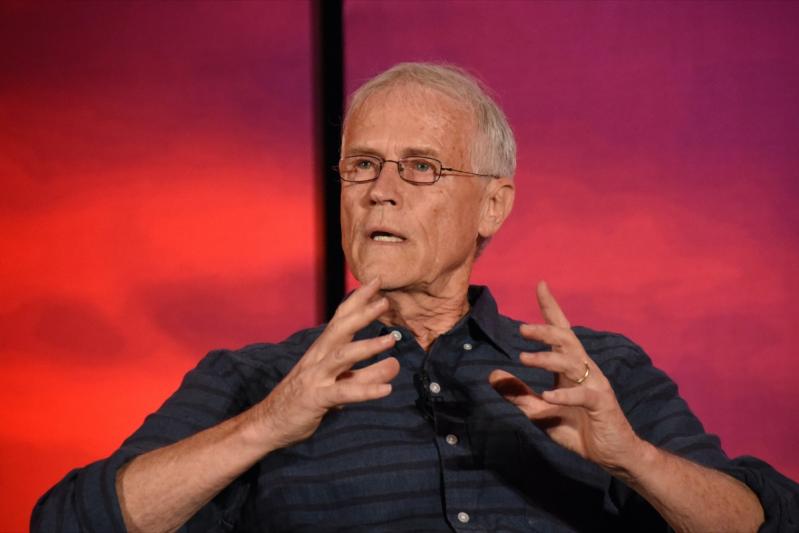 Paul Hawken, a writer and environmentalist, will be one of the featured speakers during the Southampton Arts Center's Drawdown Festival.
By Mark Segal

Recognizing that the climate crisis is one of the most critical issues facing the planet, the Southampton Arts Center will offer Drawdown Festival, a virtual program starting Friday with three days of panel discussions, films, and workshops.

Presented in partnership with Drawdown East End, the Carbon CREW Project, and Damon Gameau, an Australian filmmaker and activist, the free festival features local, regional, and international experts in categories ranging from food and farming to fashion and model towns.

Friday's opening celebration, set for 6:45 p.m., will include a conversation between Mr. Gameau, whose documentaries “That Sugar Film” and “2040” have explored, respectively, the sugar industry and solutions to climate change, and Paul Hawken, an environmentalist and the founder of Project Drawdown, a nonprofit dedicated to climate solutions. Mr. Hawken’s most recent book is “Regeneration: Ending the Climate Crisis in One Generation.”

"As the subtitle of my new book says, we can end the climate crisis in one generation,” says Mr. Hawken. “To do that, we need to connect and take action. This is exactly what the Drawdown Festival is about -- people sharing expertise and enthusiasm for initiating climate solutions available to all of us.”

Other programs include a discussion of vanguard soil sequestration techniques, moderated by Alexandra Talty, an environmental journalist; a session with Sean Barrett, the founder of Dock to Dish and Eat More Kelp, about kelp farming and other practices that can play a role in regenerating the planet, and a presentation by Edwina Von Gal, the founder of the Perfect Earth Project, on actions that can boost biodiversity and the benefits of nature-based land care.

Drawdown East End is a grass-roots group that seeks to inspire people to engage in solutions that achieve drawdown. It was founded in 2019 by Dorothy Reilly, Mary Morgan, and Krae Van Sickle. Ms. Reilly will introduce “The Solution to Climate Change: Women,” a conversation with Natalie Isaac of One Million Women and Elizabeth Lesser from the Omega Institute.

Ms. Morgan and Ellen Greaves, a private chef, will moderate a discussion about climate cuisine with Tom Geppel, the owner of 8 Hands Farm, and Jason Casey, a private chef. Ms. Van Sickle will participate in a conversation hosted by the League of Women Voters of the Hamptons, Shelter Island, and the North Fork, about electrifying everything from transportation to heat pumps to induction stove tops.

Based in Water Mill, Carbon CREW Project was founded in 2021 to reverse global warming “from the bottom up” by empowering individuals to reduce their carbon footprint. Sheila Peiffer, a co-founder of the project, will lead a discussion focused on the assertion of Katharine Hayhoe, a climate scientist, that “the most important thing we can do about climate change is talk about it.”

Other programs include screenings of “Don’t Look Up,” the new film by Adam McKay starring Leonardo DiCaprio and Jennifer Lawrence, which will be followed by a discussion with Bill McKibben, the author and environmentalist, and the documentary “Changing Paradigms: The Power of Regenerative Agriculture.” The latter film will conclude the festival on Sunday afternoon.

On a lighter note, Sam Levec-Levey will talk about the design philosophy behind Solutions, a board game he created to activate discussion and thinking about science-based solutions to climate change.

The festival’s complete program can be found on the Southampton Arts Center’s website, along with a registration link for all three days of virtual programming.

New York State Grant
The arts center has received a grant of $49,500 from the New York State Council on the Arts to support the recovery of the nonprofit arts and culture sector. The funds will support the center’s overall operations for 2022, including five exhibitions and more than 175 programs.

Free Car Seat Checks in Southampton
Battle of the Books, and More Fun for Teens
This Week's Happenings in Montauk
END_OF_DOCUMENT_TOKEN_TO_BE_REPLACED