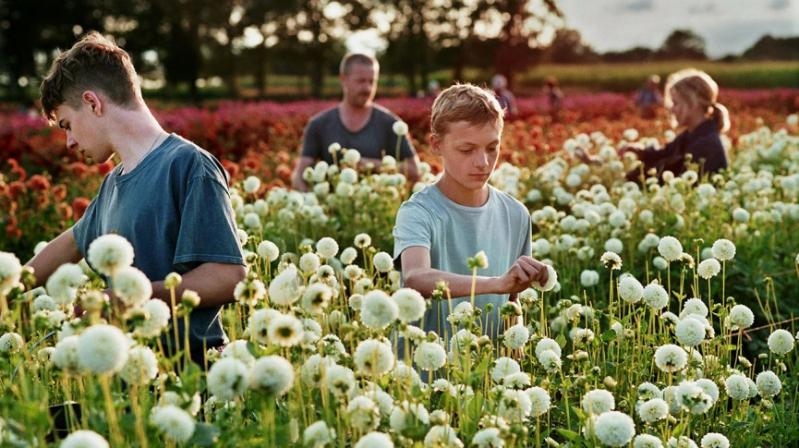 On Saturday, the Hamptons International Film Festival announced the awards for its films in competition.

A jury consisting of Fred Berner, Jeb Brody, and Rajendra Roy selected Lukas Dhont's "Close," about two 13-year-old best friends, as the best narrative feature. The Belgian film won the Cannes Grand Prix and will be distributed by A24. The filmmakers will receive $3,000 in cash with a total of $82,500 in in-kind goods and services sponsored by Panavision, Silvercup Studios/Silvertrucks, Hamptons Locations, and On Location Education. HIFF will rescreen the film on Sunday at East Hampton Cinema at 8:15 p.m.

Opal H. Bennett, Jordan Hoffman, and Regina Scully chose Sinéad O'Shea's "Pray for Our Sinners," about the Catholic Church's control over an Irish town, as the best documentary feature. The award is a $3,000 cash prize and in-kind goods and services valued at $20,000 sponsored by 91 East Productions and GreenSlate. The film will be shown again Sunday at East Hampton Cinema at 2:30 p.m.

The best short films chosen were "Snow in September" by Lkhagvadulam Purev-Ochir in the narrative category and the documentary "When the L.A.P.D. Blows Up Your Neighborhood" by Nathan Truesdell. A special mention of  "The Sentence of Michael Thompson" by Kyle Thrash and Haley Elizabeth Anderson was included in the accolades. The Narrative and Documentary Short Competition winners will take home a cash prize of $500 and qualify for Academy Award consideration.

Celebrating its 30th year, the festival has screened 69 feature films and 51 short films from 34 countries, and has included nine world premieres, three North American premieres, and 12 United States premieres. It will end Sunday after an extended 10-day anniversary run.