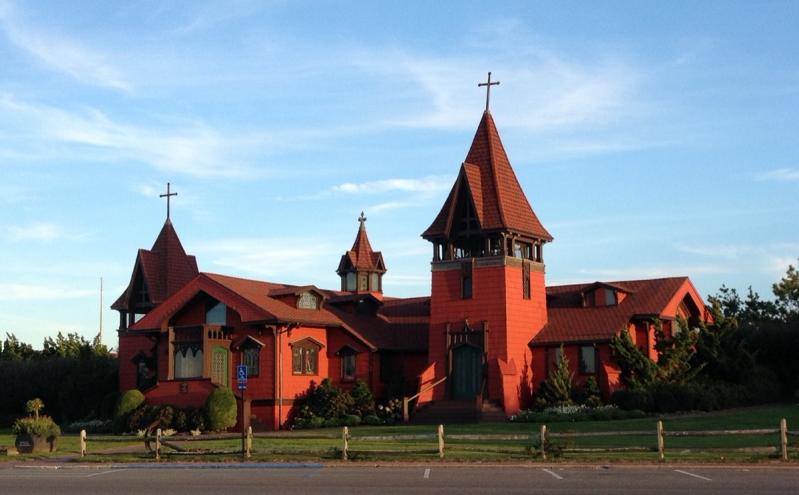 For the second year, the Southampton History Museum's Insider's View house tour of Southampton properties will turn its focus outward and into the gardens and properties of some grand places full of history, this year on South Main Street.

The house tour was always a popular benefit event, and last year's Outsider's View garden tour continued that success. This year's garden tour will be held on Saturday from 1 to 4 p.m. at several private and public properties, ending at Gin Lane. Notes for the tour, which is self-guided, will touch on the architectural history of the properties and the surrounding area.

A champagne reception catered by Sant'Ambroeus restaurant will conclude the tour between 4 and 5 p.m. at the Rogers Mansion.

The church and the Halsey Homestead are annual tour staples. The church was built as a lifesaving station, becoming a church in 1870. It was then that it acquired its rustic interior and 11 Tiffany windows. The 1938 hurricane nearly destroyed it, but it has been restored and pushed back from its initial site on the ocean twice.

The Halsey house was built by Thomas Halsey Jr. around 1683 on land his father and namesake had acquired in 1678. Originally facing south, it was moved to its present orientation by Isaac Halsey around 1720 to 1740. The house remained in the Halsey family for several generations. Subsequently it was sold and enlarged over the years by the Raynor, Pelletreau, White, and Biddle families. In 1958, the Southampton Colonial Society, which is today's Southampton History Museum, purchased the house and restored it.

The Thanet House stands out for its brick exterior, which is unusual for South Fork residences. It was built originally in 1913 from a design by Samuel Edson Gage in the Dutch style and later remodeled to a more Craftsman style. It changed hands several times, eventually restored by the family of Dr. Kenneth Wright.

The residence known as the Edwin Post House was built before 1858 for a member of a Southampton landowning family prominent since the town's settlement. Edwin Post served as the clerk to the proprietor trustees, who had great influence over how land was distributed in those days. As late as 1902, Edwin Post was listed in public records as the owner of the house. An 1877 Long Island Rail Road brochure included a listing for a boarding house hosted by Post. Today, the building is once again a private residence with the addition of a bay window and front stoop, but it retains its original front entrance with transom and sidelights.

The land for Penrhyn Cottage was purchased in 1892 by William B. Hornblower from the Sayre family for $10,500, according to Sally Spanburgh's book on the cottages of South Main Street. An attorney specializing in bankruptcy, Hornblower was appointed by President Grover Cleveland to the Supreme Court but was not confirmed. When Eric McDonald and his wife owned the property from 1927 to 1957, they hired Marian Coffin, one of America's first professional female landscape architects, to design the cottage's gardens.

Subsequent owners have included Isabel T. Bradley, who made improvements to the interior, Mica Ertegun, an interior decorator, and Peggy Hill, a Broadway producer who promoted cultural events in Southampton. The current owner is updating and beautifying the gardens.

A 58-room English Tudor house on Gin Lane and Lake Agawam, Wooldon was built in 1900 by Peter Wyckoff. The family was active in the social scene and known for its philanthropy. Subsequent owners included Jessie Woolworth Donahue, the daughter of the man who became a five-and-ten store magnate. She remodeled the house and the grounds, adding 15 acres with 610 feet of oceanfront when an abutting property came on the market. In 1940, Charles Merrill acquired the estate, demolishing the main house to reduce taxes. An elaborate beach house added by the Donahues is now the main residence.