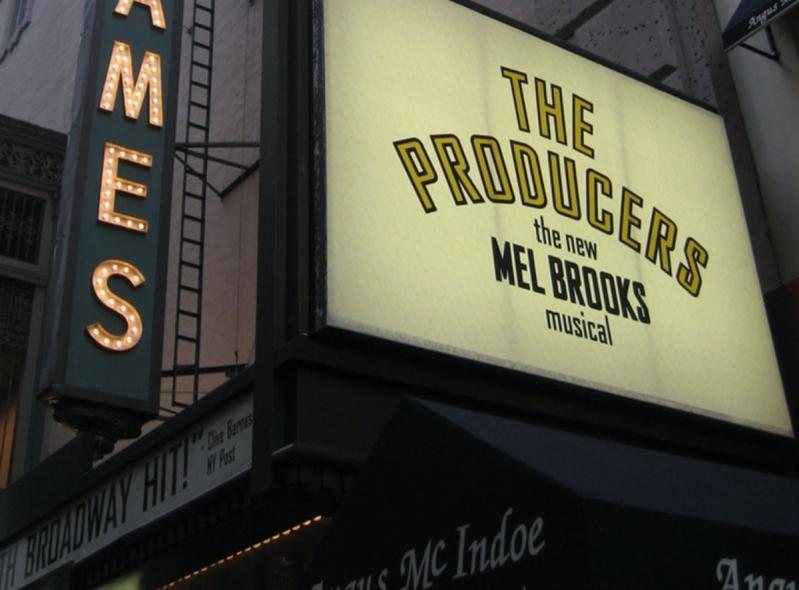 The stars and creative team behind "The Producers" will discuss the smash Broadway musical as the centerpiece of a weekend of events celebrating Susan Stroman at Guild Hall.
Via Guild Hall
By Jennifer Landes

A look back on one of Broadway's biggest box-office smashes, "The Producers," on its 20th anniversary will be the centerpiece of a weekend of theatrical events presented with Susan Stroman beginning Friday, Aug. 27, at Guild Hall.

Joining Ms. Stroman, who was the director and choreographer of the mega hit, will be the musical's original stars, Matthew Broderick and Nathan Lane, among other guests. The group will reminisce about the production, which holds the record for number of Tony Award wins in one year, including two for Ms. Stroman.

On Aug. 28 and Aug. 29, the director will offer peeks at two of her other projects, with excerpts from "Little Dancer" and an upcoming revival of "Crazy for You."

The "Little Dancer" performance stars Terrance Mann, Melissa Errico, Dee Hoty, and Tiler Peck in an original musical set backstage at the Paris Opera Ballet. The book and lyrics by Lynn Ahrens were inspired by the life of Marie van Goethern, who was Edgar Degas's model for the iconic "Little Dancer" sculpture. Stephen Flaherty is the composer.

The slightly retitled "I'm Crazy for You" program will include excerpts from the original "Crazy for You" musical and will star Sierra Boggess, Tony Yazbeck, Ms. Errico, and Ms. Hoty.

All of the events will begin at 8 p.m. The tickets for the first two shows are $100, or $75 for members, with a special V.I.P. package available for $500. Tickets for the Aug. 29 performance, which as of press time was sold out, cost $50. All three will take place inside.

Talking Tree
Kathleen Chalfant will star in a new version of Jenny Lyn Bader's play "Tree Confessions" on Sunday. Originally commissioned as a site-specific recorded audio play, it is the first solo play told from the point of view of a tree. The idea is that in a landmark study, a scientist supposedly learned everything about how trees communicate; one tree tells the story of what really happened.

Ms. Chalfant has appeared on Broadway in "Angels in America," for which she received Tony and Drama Desk Award nominations, "Racing Demon," and "Dance With Me."

Guild Hall's production will be the first performance of an extended version written for the occasion by Ms. Bader. It will take place in the outdoor theater at 8 p.m. Tickets are $50. J.L.