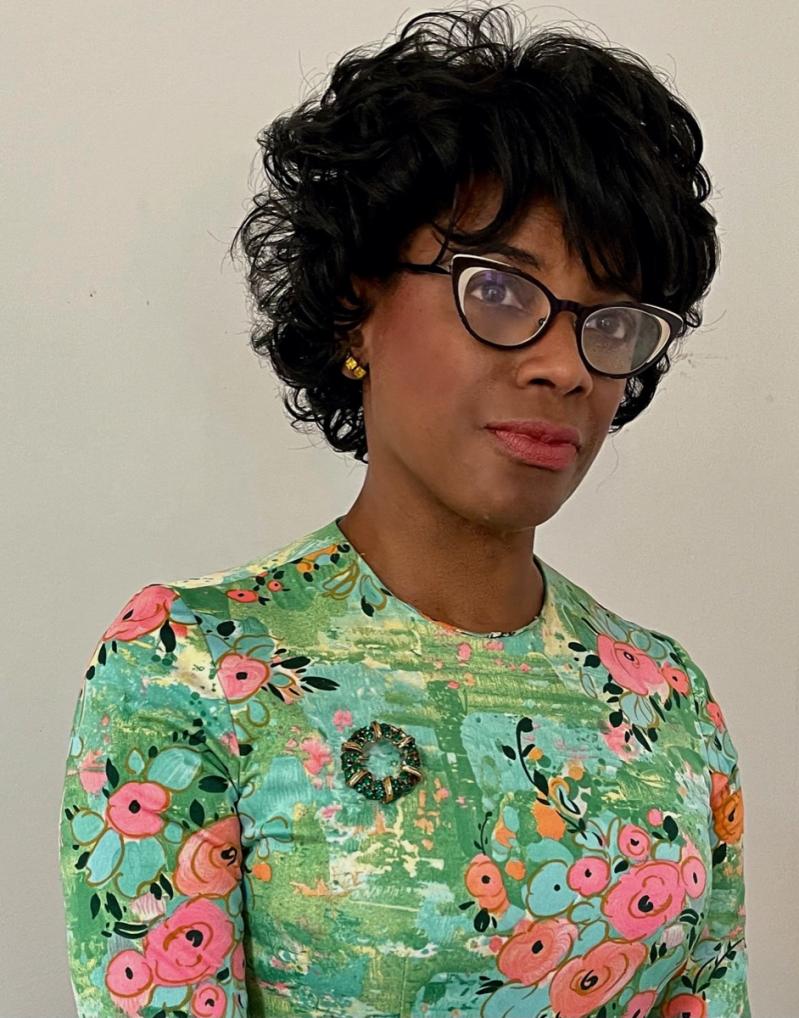 Ingrid Griffith wrote and stars in the solo show "Shirley Chisholm: Unbossed and Unbowed" at the Southampton Arts Center.
By Zoe Lubetkin

Written and performed entirely by Ingrid Griffith, "Shirley Chisholm: Unbossed and Unbowed" tells the story of the late congresswoman's personal and political identity leading up to her later remarkable success.

"It's time we all know Shirley Chisholm's story," Ms. Griffith said. "Our country is at a tipping point, suspended between great peril and great possibilities. Shirley Chisholm is not with us, but we can gain strength from her spirit, vision, and strategies."

Directed by Zoya Kachadurian, the show will be performed on Sunday at the Southampton Arts Center in collaboration with the Southampton African American Museum, which formally opened on Juneteenth this year.

The narrative follows Ms. Chisholm from her return to the U.S. at 10 after living with her grandmother in Barbados during the Great Depression, and it explores the effects of her time in the Caribbean on her identity and political motivations.

The work highlights the social unrest and struggle for civil rights in the 1960s that Ms. Chisholm ultimately overcame to become the first Black congresswoman in 1968 and, later, the first Black woman to run for the presidency of the United States.

"Shirley Chisholm: Unbossed and Unbowed" will be performed Sunday at 2 p.m.; a panel discussion will follow. Tickets are available on the center's website.