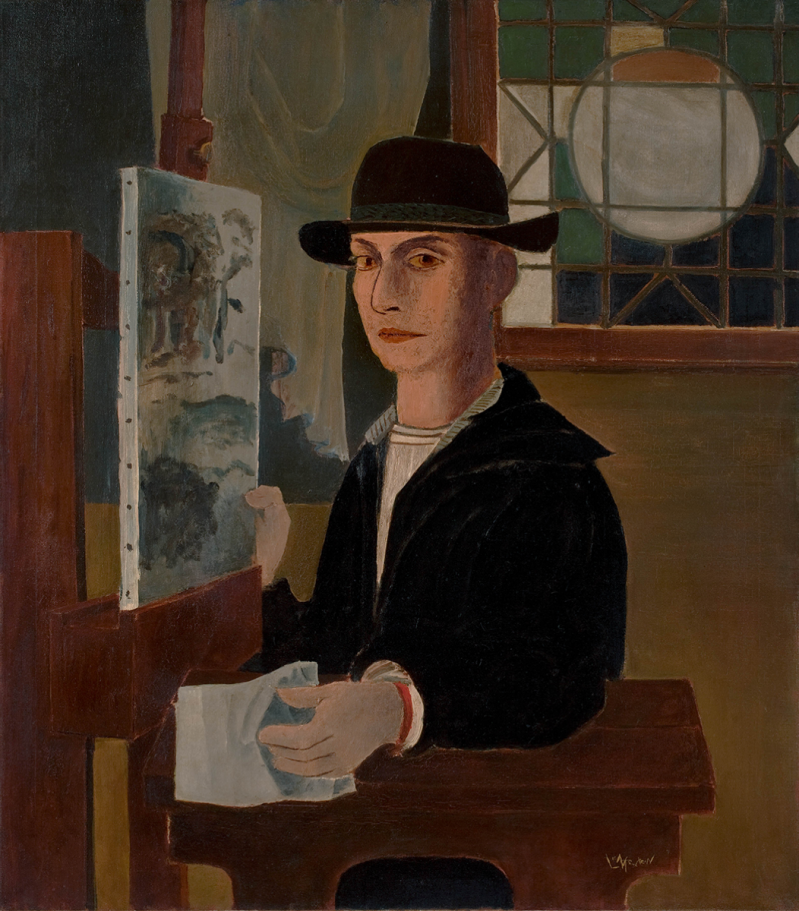 “Popeye,” a 1961 painting of the cartoon hero delivering a roundhouse blow to his archenemy, Bluto, was one of the first Pop paintings created by Roy Lichtenstein and a prime example of his comic-inspired imagery. Less familiar is work from his early career, which was marked by formal experimentation, irony, and even a brief detour into abstraction.

“Roy Lichtenstein: History in the Making, 1948-1960,” the first major museum exhibition to investigate his early work and deepen an understanding of his career, will open Sunday at the Parrish Art Museum in Water Mill.

The exhibition includes approximately 90 paintings, drawings, sculptures, and prints, many of which are on public view for the first time. While it opened in February to a limited audience at the Colby College Museum of Art in Waterville, Me., the Parrish iteration is its full public debut, and appropriately so, since Lichtenstein lived and worked for 30 years in Southampton Village.

With two exceptions, the earliest works date from 1948, when Lichtenstein was teaching at Ohio State University and still enrolled in the M.F.A. program there.

According to Avis Berman’s biographical essay on the Lichtenstein Foundation’s website, the artist began to work in series in the late 1940s and early '50s, and his iconography was drawn from printed images. Some of those early works took an ironic look at 19th-century American genre paintings he saw in history books.

An example is “Washington Crossing the Delaware II” from 1951, one source for which was Emanuel Leutze’s famous 1851 painting of the same subject. Lichtenstein’s version “shows the artist’s willingness to parody even some of the most ingrained and revered American historical narratives,” the museum comments.

The exhibition shows how Pop emerged from a dialogue with European modernism, American history painting, vernacular sources, and popular post-war trends, one of which was the increasing popularity of children’s toys and games that accompanied the baby boom.

“The Cannon” from 1948, one of six pastels in the show, includes a toy-like version of heavy artillery and figures that suggest painted wooden folk art. “Variations No. 7” (1959), where frenetic brushstrokes that appeared in earlier works are combined with bands of color, is an example of his brief flirtation with abstraction. Loosely rendered drawings such as “Bugs Bunny” (1958) and “Look Mickey” (1961) reflect his interest in popular culture and cartoon characters.

The show will later travel to the Columbus Museum of Art in Ohio, and the Nasher Museum. It is accompanied by a fully illustrated catalog, published by Rizzoli.