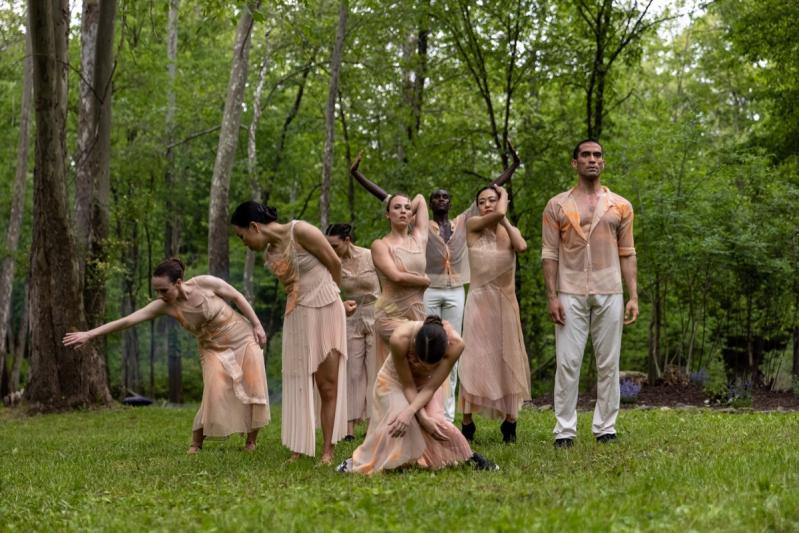 Dance in a Garden
Amanda Selwyn Dance Theatre, a modern dance company based in New York City, will return to the East End for “Green Afternoon VIII,” an outdoor performance, on Saturday at 5 p.m., at 230 Old Stone Highway in Springs.

The program consists of a series of site-specific and architectural movement installations throughout the gardens of Peter Gumpel and Marcia Previti, as well as a preview of “Threads,” a work in progress.

While Ms. Selwyn, whose company was founded in 2000, began developing the motifs and concepts of “Threads” before the pandemic, she said that the past year has brought into focus the values of human connection, “and the ability for the threads that connect communities to be reimagined and mended.”

Tickets, which are available on the company’s website, start at $150 and include the performance, wine, hors d’oeuvres, and access to the interactive garden installation.

Birbiglia is Back
Mike Birbiglia must be doing something right, for the comedian, writer, and actor will return to Guild Hall on Sunday at 8 p.m. for his sixth performance there during the past month.

In his spare time, he tours, with Guild Hall just one stop on a cross-country series of more than 20 live shows, and he turns up on TV in “Orange Is the New Black” and “Billions.”

Robert Downey Sr. Satire at Sag Cinema
The Sag Harbor Cinema will present "Putney Swope," the 1969 anti-establishment satirical comedy by Robert Downey Sr., starting Friday. The film stars Arnold Johnson as Mr. Swope, the token Black man on the board of a Madison Avenue ad agency who is inadvertently elected chairman. Whites are replaced by Black Power advocates, the company is renamed Truth and Soul, and havoc ensues.

Downey, who died on July 7, used non-actors and his wife's paychecks to support the film, which was chosen by the Library of Congress to be part of the National Film Registry in 2016. Admired by the Coen Brothers, Jim Jarmusch, and Paul Thomas Anderson, the film "belongs to the original fabric of American independent cinema," said Giulia D'Agnolo Vallan, the cinema's artistic director.