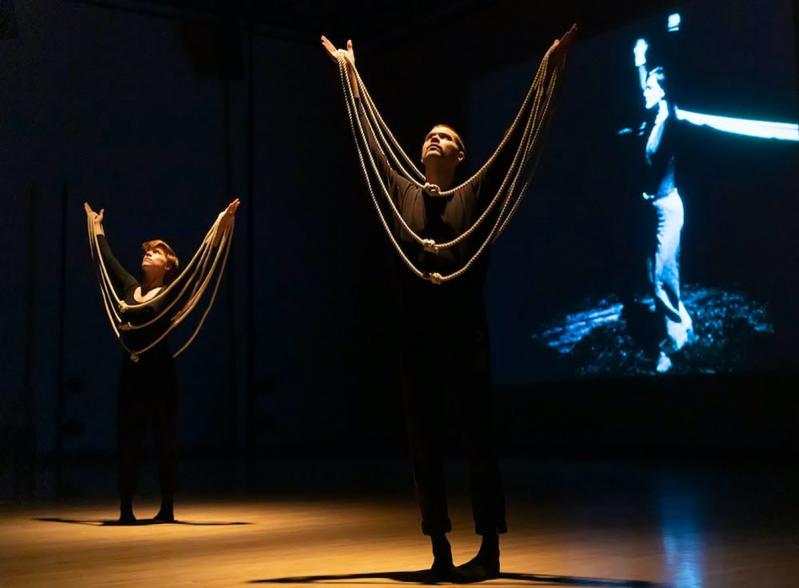 A film of Andy de Groat’s “Rope Dance Translations,” originally choreographed in 1974, will be shown at Guild Hall as part of “Get Dancing.”
By Mark Segal

Originally commissioned by Danspace Project, “Get Dancing” will be presented at Guild Hall next Thursday at 7 p.m., in a program including a panel discussion with Mr. Wilson and the actor Sheryl Sutton. The dance performance will be repeated, without a panel, on Friday, July 30, at 8 p.m.

The program includes a restaging of de Groat’s “Fan Dance,” his most frequently performed work, and “Get Wreck,” which will be performed by dancers from Ms. Galasso’s company as well as members of the community.

The evening will include a screening of de Groat’s “Rope Dance Translations” (1979), a film by Jon Meaney and Andrew Horn, as well as music composed by Michael Galasso, Ms. Galasso’s father, a Cesar Award-winning composer who worked with de Groat.

Next Thursday’s panel discussion, which will precede “Get Dancing,” will explore the work of the Byrd Hoffman School of Byrds, Mr. Wilson’s early performance collective, of which de Groat was a member.

Both programs will take place in Guild Hall's theater. Tickets for next Thursday’s performance, available through the website, are $65; for Friday, July 30, the cost is $50.