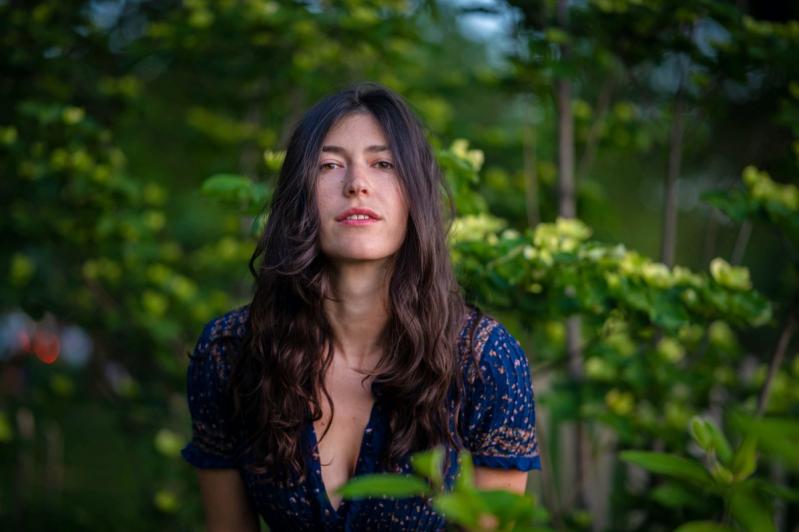 Juliet Garrett, a singer-songwriter who grew up on Shelter Island, will perform at Guild Hall next Thursday evening.
Jordan Matter
By Mark Segal

A guitarist hailed as “a genre unto herself” (Rolling Stone), a vocalist deemed a “remedy for the soul” (Camden Live), and a “hauntingly moving play” (Variety) will enliven Guild Hall’s backyard theater during the coming week, starting on Saturday when the guitar virtuoso Kaki King performs two concerts.

Ms. King, known for her technical mastery and constant effort to push the boundaries of the instrument, will play a selection of songs from her 20-plus-year career, as well as material from her most recent album, “Modern Yesterdays,” at 7 and 9 p.m. Tickets are $60.

Juliet Garrett, a singer-songwriter who grew up on Shelter Island, will perform “Songs for a Summer Night” next Thursday evening at 8. She will be accompanied by Chuck Staab on drums and Ross Bellenoit on guitar.

Terrence McNally’s 1993 play “A Perfect Ganesh,” which was nominated for the Pulitzer Prize for drama, follows two middle-aged American women on a journey to India in search of inner peace and relief from personal tragedies. The Hindu god Ganesha becomes their unexpected traveling companion, providing wisdom, humor, and safety. Directed by Amanda Kate Joshi, the play is set for Friday, June 25, at 8 p.m. Tickets are $50.