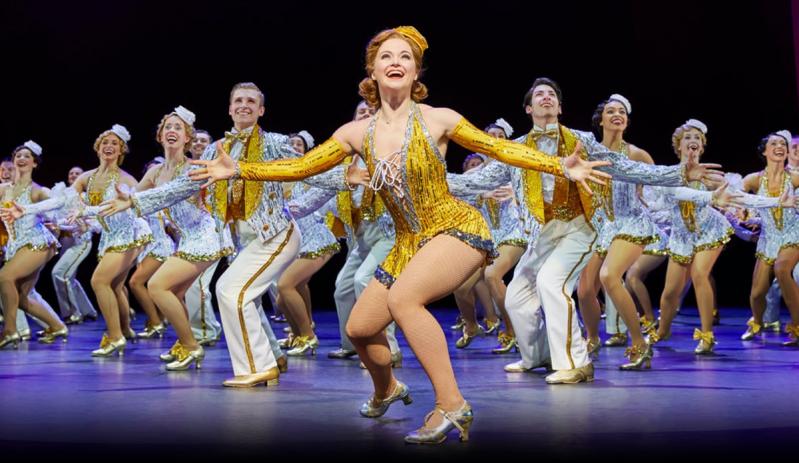 ’42nd Street’ Onscreen
Guild Hall will stream the 2017 West End revival of “42nd Street,” which ran at London’s Theatre Royal Drury Lane for two and a half years, starting on Wednesday at 1 p.m. and continuing only at certain scheduled times through May 18.

Directed by Mark Bramble, who co-wrote the original 1980 Tony Award-winning Broadway production, “42nd Street” includes crowd-pleasing tap dances and such musical theater standards as “Lullaby of Broadway,” “We’re in the Money,” “I Only Have Eyes for You,” and, of course, “42nd Street.”

The production is viewable on any device. The link for tickets, which are $15 and valid only for the date and time the stream takes place, can be found on Guild Hall’s website.

Audition Workshop
Bay Street Theater in Sag Harbor will offer an in-person workshop on auditioning for the camera with Meghan Rafferty on May 15 from 2 to 5 p.m. An actor as well as a casting director, Ms. Rafferty will lead participants through the often challenging process of auditioning for film and television.

Because of the pandemic, crowded audition rooms have been replaced by online casting, at the same time as more productions are taking place virtually. Ms. Rafferty will offer individual feedback on each scene and give advice about how to make an effective audition tape. Participants will be given sides in advance of the workshop.

Ms. Rafferty has taught hundreds of on-camera classes at universities and performing arts colleges in the metropolitan area. The cost of the workshop, which is open to teenagers and adults, is $175; registration is available through the theater’s website.