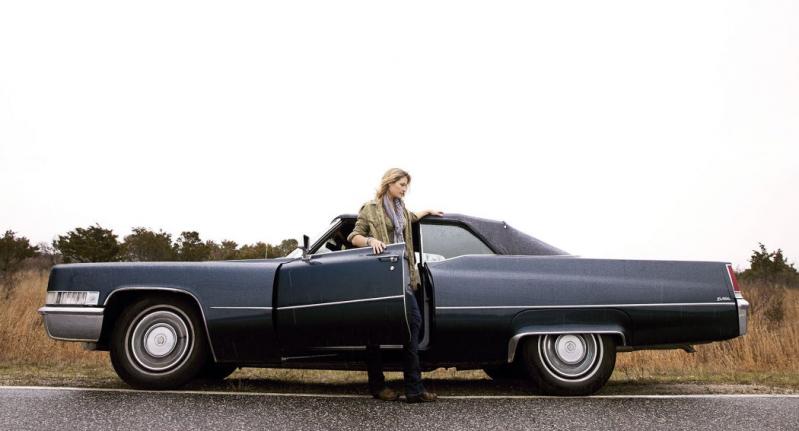 Nancy Atlas will lead off a new season of live and distanced music at the Stephen Talkhouse on Friday.
Lisa Marie Mazzucco
By Christopher Walsh

In its March 19, 2020, issue, The Star reported, "On Friday, the Stephen Talkhouse announced that the bar and live music venue would close for two weeks."

More than one year and an aborted midsummer restart later, live music will return to the Talkhouse Friday with a solo performance by Nancy Atlas at 8 p.m. The venue will host a trivia contest Thursdays at 7 beginning this week, and Josh Brussell will play solo sets this Saturday night at 7 and 9.

"It's been a long time to have the lights on our stage dimmed and we are ready to start up again," the venue's Nick Kraus said in an email. "This will be a gradual process following all New York State Covid guidelines." These include a limited capacity and patrons seated and socially distanced.

Despite concerns about yet another surge of coronavirus transmission, the return of live music (the Clubhouse in East Hampton has also reopened and offers live music), the warming weather, and the fast-growing number of Americans who have received at least one dose of a Covid-19 vaccine add to an optimism that a semblance of normalcy is in sight. Performing arts and entertainment venues in New York State were allowed to reopen at 33 percent capacity on Friday. Social distancing, face coverings, health screening, and other protocols are required.

"We appreciate the community's support during this difficult time,” Mr. Kraus said this week, "and look forward to giving music and great times back to our town."

For venues like the Talkhouse, the past year has been exceedingly difficult. A year ago, a post on the Amagansett venue's Facebook page announcing its temporary closure, said, "We are in uncharted waters and we will be monitoring the spread, and hopefully the containment, of the virus. . . . This is a tough decision for us as we know we provide an outlet for people to have a good time."

A planned March 28, 2020, reopening was postponed to April 10. On that date, Covid-19 killed 2,263 Americans, the first surge of the pandemic was reaching a peak, and activity in the hamlet and throughout the Town of East Hampton had come to a near-total halt. It was only the beginning.

The Stephen Talkhouse resumed live music on July 30 last year with a performance by G.E. Smith and Joseph Arthur. Patrons were seated outdoors on the patio deck, with the performers, inside on the stage, appearing outside via video screens.

It wasn't to last. Within a few weeks, the New York State Liquor Authority clarified language on its website and contacted all bars and restaurants to ensure they were aware of the restrictions that had been in place since mid-March. Content on the website that was apparently altered or added instructed venues that "only incidental music is permissible at this time. This means that advertised and/or ticketed shows are not permissible. Music should be incidental to the dining experience and not the draw itself."

"Remember," an S.L.A. official said in an email to The Star, "we allowed outdoor and (outside of NYC) indoor dining, not concerts."

The notice "killed our music," Peter Honerkamp, an owner of the Talkhouse, said at the time. "I had to cancel everything."

The S.L.A.'s move came weeks after a charity concert in Water Mill became the subject of a state investigation and widespread condemnation for attendees' apparent disregard for protocols intended to halt transmission of the coronavirus.

The return of live music will bring a lineup of favorite East End performers back to the Talkhouse stage, with 8 p.m. shows coming up later this month by the Lone Sharks on Friday, April 16, Student Body on April 23, the Nancy Atlas Project on April 24, and Telly on April 30. In May Inda Eaton, Hot Lava, the HooDoo Loungers, and the Complete Unknowns will be at the venue.

Petition to Speed Up Sand Replenishment in Montauk
Artistic Portraits of M.L.K. Up for Auction on Saturday
Wine Tasting for Lions Club
END_OF_DOCUMENT_TOKEN_TO_BE_REPLACED