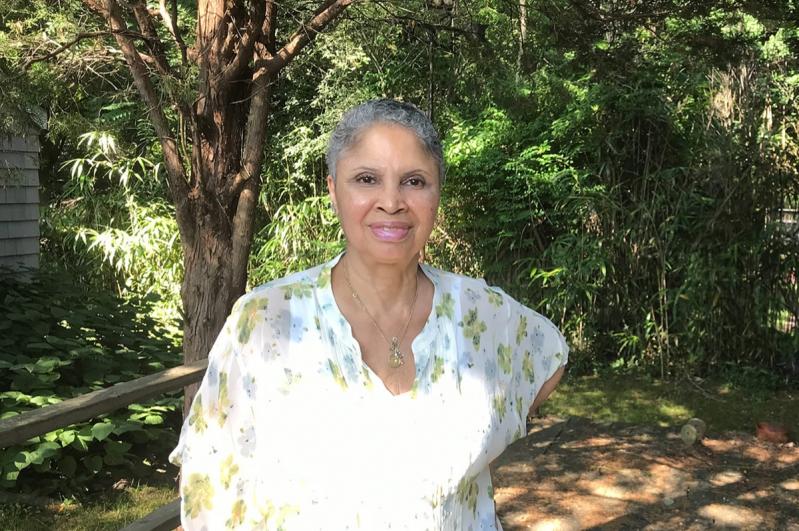 In Process at the Watermill Center, a series that fosters engagement between the center’s artist-residents and members of the community, will resume on Saturday afternoon at 3 with virtual presentations by Candace Hill, Naufus Ramirez-Figueroa, and Lucie Vitkova.

Ms. Hill, who lives in Bridgehampton, is an interdisciplinary artist whose political environmental sculpture and installations from the late 1970s and ‘80s have been shown at the New Museum, Franklin Furnace, the Bronx Museum of Art, Artists Space, and the Studio Museum.

Her more recent work is also political, “but a different kind of political,” she told The Star in 2019. She creates woven pieces on handmade looms using handspun wool, dyed yarns, horsehair, linen, leather, and silk, among other materials that are mounted on found objects such as used farm equipment.

An exhibition of her weavings, “Hills & Valleys,” was shown at both the Sag Harbor Whaling and Historical Museum and the Parrish Art Museum as part of the latter’s Road Show series in 2019.

Mr. Ramirez-Figueroa, who lives in Guatemala and Canada, works across media, using sculpture and performance that draw on literature, Latin American history, folklore, and childhood memories, including his country’s civil war (1960-96), which forced his family to immigrate to Canada in the 1980s. Objects and his own body have been used as tools to consider the constructions of identity, architecture, and history.

For example, his “Heart of the Scarecrow” explores a play of the same name from 1962 by a Guatemalan playwright. Upon learning that a version of the same play involving Mr. Ramirez-Figueroa’s uncle was violently censored by the 1975 Guatemalan government, the artist reimagined its anti-establishment message several times in different mediums and locations.

The recipient of a Guggenheim Fellowship, the Mies van der Rohe prize, and the DAAD Berlin Artists-in-Residence fellowship, he was also awarded one of the Watermill Center’s 2021 Inga Maren Otto Fellowships.

Ms. Vitkova is a composer, improviser, and performer from the Czech Republic who uses the accordion, the harmonica, and the hichiriki, a Japanese flute, as well as her voice to explore the social and political aspects of music in relation to everyday life. She is interested in the musical legacy of Morse Code and in reusing trash to build sonic costumes.

She has been nominated for the 2017 Herb Alpert Awards in Arts in the category of Music; was commissioned by the Roulette Intermedium in 2017, and has become a Roulette resident artist in 2018. She has put together two ensembles, the NYC Constellation Ensemble, which is focused on music behavior, and the OPERA Ensemble.

Registration is required for the Zoom program through the center’s website.