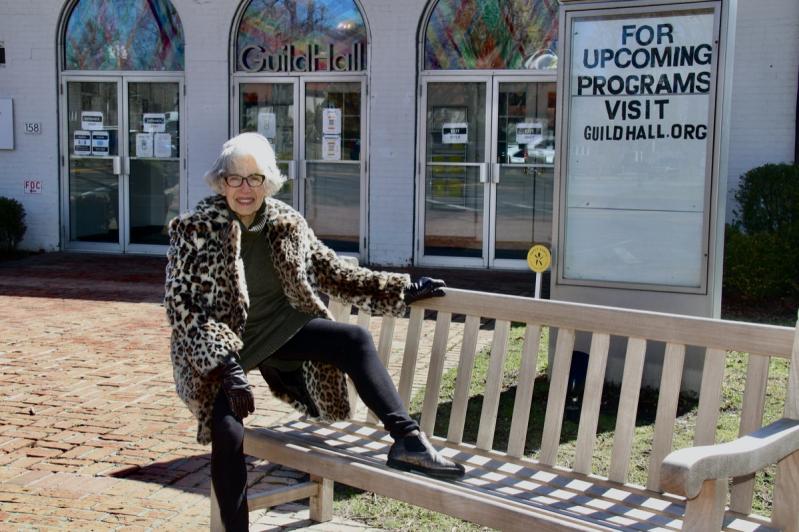 "Ye glittering Stars, who float in liquid Air,
Both ye that round the sun in different Circles move,
And ye that shine like Suns above;
Whose Light and Heat attending Planets share…"
--Lady Mary Chudleigh, "The Song of the Three Children, Paraphras'd," 1703

The relationship between science and poetry, Dava Sobel said, is a "wide-open door" through which ideas and inspiration have been flowing freely for centuries. Astronomy in particular shows up in Shakespeare's sonnets and famous works by Gerard Manley Hopkins, Emily Dickinson, and Walt Whitman.

On Wednesday at 7 p.m., Ms. Sobel, a bestselling author and journalist who writes about the sciences, will share a virtual Guild Hall stage with actors for readings of selected poems that pay tribute to space and everything that inhabits it. "A Sky Full of Poems" will be presented in partnership with the Hamptons Observatory, a nonprofit dedicated to education and appreciation of astronomy.

"Poets are naturally interested in the world and look to the universe as a source of beauty and inspiration," Ms. Sobel, who lives in Springs, said in an interview. "Some poets are really conversant with science and can discuss it on a fairly technical level . . . but scientists are also appreciative of literature and beauty. We tend to think of them as not interested in those things, but they really are. Some actually write poetry."

As one example, she pointed to Jocelyn Bell Burnell, an Irish astrophysicist who has edited a book of poetry. She was among the discoverers of pulsars but was not included in those named in the 1974 Nobel Prize in Physics. And last year, the journal Physics interviewed Sam Illingworth, a geoscientist and poet, who suggested poetry as a means of communicating scientific findings to a lay audience.

"Poetry is a great tool for interrogating and questioning the world," he is quoted as saying.

At Wednesday's free event, poems selected by Ms. Sobel will be read by Isaac Klein, Laura Hix, and Nehassaiu deGannes under the direction of Josh Gladstone. Some of the poems will be accompanied by celestially inspired visuals, rounding out the promise of the evening's artistic experience.

Ms. Sobel suggests audiences as young as high school students will appreciate the readings. There's no science homework to be done beforehand -- come as you are with curiosity and appreciation, she says. There will be an opportunity for questions and answers at the end.

Ms. Sobel has been the poetry editor of Scientific American magazine since late in 2019. Science poetry is an entire genre unto itself.

"I think a lot of people think that is an oxymoron, but I hope they'll be pleasantly surprised," she said.

Donna L. McCormick, executive director of the Hamptons Observatory, is looking to Ms. Sobel's integration of art and science "in a way that allows them to be understood and appreciated by all." She noted that the event comes at the beginning of National Poetry Month (April), along with International Dark Sky Week, which raises awareness of light pollution and its effects.

"We're fortunate that artists exist who are able to articulate what we feel by giving form and expression to such experiences," Ms. McCormick said in an email. "Hamptons Observatory is honored to have Dava as a longstanding supporter of our work, and we are grateful to her and to Guild Hall for their collaboration on this event."

Registration for "A Sky Full of Poems" can be made online at guildhall.org. A link to the Zoom event will be sent the day before.

Petition to Speed Up Sand Replenishment in Montauk
Artistic Portraits of M.L.K. Up for Auction on Saturday
Wine Tasting for Lions Club
END_OF_DOCUMENT_TOKEN_TO_BE_REPLACED