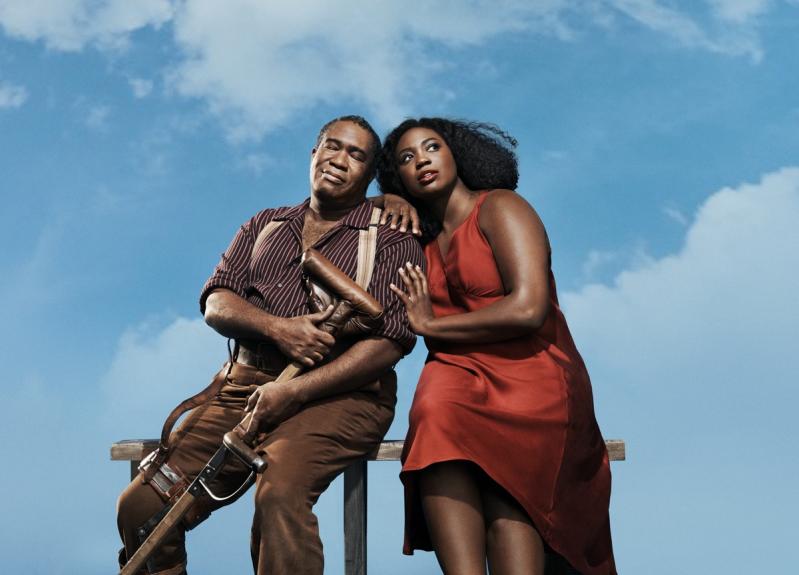 Because the Metropolitan Opera will remain dark at least until September, its live transmissions scheduled for the 2020-2021 season have been canceled. Opera lovers need not despair, however, as Guild Hall and HamptonsFilm have joined forces to present three encore titles from the Met’s Live in HD series -- alfresco -- starting Saturday with Bizet’s “Carmen.”

“Met Under Moonlight” screenings will take place at Main Beach, thanks to a green light from the East Hampton Village Board. Subsequent programs will feature Puccini’s “Madama Butterfly” on April 17 and the Gershwins’ “Porgy and Bess” on May 1.

In more good news for opera fans, Guild Hall and Bel Canto Boot Camp are presenting Behind the Screen, three virtual programs that will feature singers who have performed in the operas presented in the “Met Under Moonlight” series and will discuss their experiences preparing for the Met stage.

“What better way to celebrate both and the arrival of spring than with some of the greatest music ever written?” said Josh Gladstone, artistic director of the John Drew Theater. “Bizet, Puccini, Gershwin -– and how fun to see and hear it all from the comfort of your four wheels.”

Anne Chaisson, executive director of HamptonsFilm, said, “After last summer and the October festival’s successful drive-ins, we jumped at the chance to partner with Guild Hall to present such a unique and exciting drive-in experience utilizing our full complement of drive-in equipment. This is our way of continuing to showcase incredible art during the waning days of quarantine.”

Behind the Screen will launch today at 6 p.m. with Janai Brugger, a soprano who will talk about her performance as Micaela in “Carmen.” It was a role she undertook with little stage preparation. She has also performed in Met productions of "Turandot,” “The Magic Flute,” and “William Tell.”

Richard Eyre’s 2010 production of “Carmen,” which will be shown Saturday at 7:30 p.m., stars Elina Garanca, a mezzo-soprano, as the gypsy who seduces Don Jose, a naïve soldier whose passion for Carmen leads -- as is so often the case in opera -- to a tragic end.

Megan Esther Grey, a mezzo-soprano, will discuss her many performances as Kate Pinkerton in “Madama Butterfly,” in which she also understudied the role of Suzuki, Butterfly’s maid and confidante. Her talk, “The Big Debut,” is scheduled for April 15.

Anthony Minghella’s 2016 production of “Madama Butterfly” stars Kristine Opolais in the title role and Roberto Alagna as Pinkerton, the American lieutenant who marries Butterfly with the intention of leaving her once he finds a proper American wife. It will be shown at Main Beach on April 17 at 7:30 p.m.

A perspective on being part of the Met’s 2020 production of “Porgy and Bess” will be provided by Chanae Curtis, a soprano, who made her debut as Annie in the production that broke box office records when it premiered. The talk is set for April 29.

“Met Under Moonlight” will conclude on May 1 at 8 p.m. with a screening of James Robinson’s production of “Porgy and Bess.” Eric Owens and Angel Blue starred as the title couple in the story of Porgy, a disabled Black street beggar, who tries to rescue Bess from both her violent and possessive lover and her drug dealer.

Tickets for the drive-in screenings are $80 per car and available on Guild Hall’s website, as are tickets for the Behind the Screen Zoom talks, which start at $5.

A Reminder From PSEG About Digging
Petition to Speed Up Sand Replenishment in Montauk
Artistic Portraits of M.L.K. Up for Auction on Saturday
END_OF_DOCUMENT_TOKEN_TO_BE_REPLACED