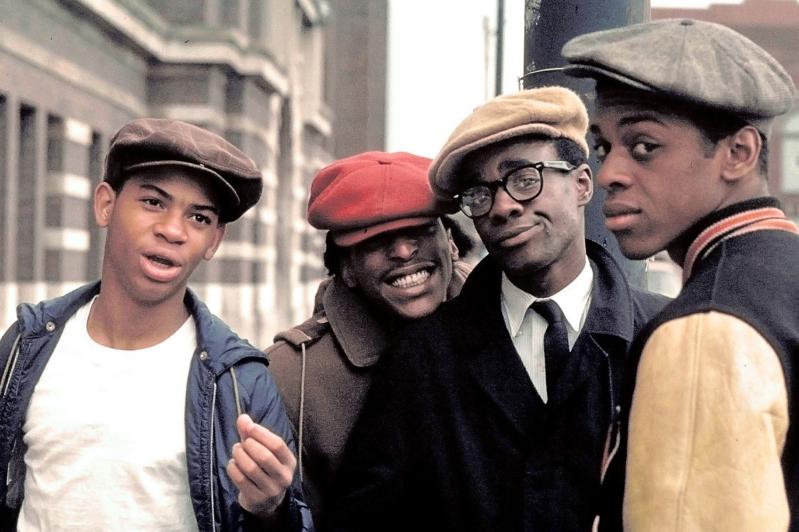 Directors’ Talks
Cinema Live, the Sag Harbor Cinema’s series of conversations with filmmakers, will present a double-header this weekend. Capping off its celebration of Black History Month, the cinema will feature Michael Schultz, the director of “Greased Lighting,” “Car Wash,” and “Cooley High,” who will discuss his career in film, television, and theater with Giulia D’Agnolo Vallan, the theater’s artistic director, Friday at 4:30 p.m. via Zoom.

Ramin Bahrani, the director of the critically acclaimed “The White Tiger,” will be Ms. Vallan’s virtual guest on Sunday afternoon at 4:30. The film, adapted from Aravin Adiga’s novel of the same name, follows Balram, an ambitious young driver for a wealthy Indian family who uses his wit and cunning to escape poverty. The film is available for streaming on Netflix.

The cinema has welcomed Gov. Andrew M. Cuomo’s recent decision to allow theaters to open with reduced capacity. Specific details of its reopening will be announced in the near future.

Open Submissions
The Hamptons International Film Festival is now accepting submissions of narrative features, documentaries, shorts, and student films for its 29th iteration, which will take place Oct. 7 through Oct. 13. The early bird deadline is March 16, the regular deadline April 6, the late deadline April 27, and the extended deadline May 18. Entries can be submitted through FilmFreeway, which has complete details, including fees, and can be accessed from hamptonsfilmfest.org.

Women and Migration
The Parrish Art Museum will present a livestreamed discussion about women artists and their turbulent experiences of migration Friday at 5 p.m. in honor of International Women’s Day.

Corinne Erni, the museum’s senior curator, will moderate a discussion among Grace Aneiza Ali, Kathy Engel, and Ellyn Toscano, each of whom will present her work from “Women and Migration: Responses in Art and History,” a collection of essays that explore how women’s experiences of migration have been expressed in writing, photography, art, and film.

Watermill Workshops
The Watermill Center will launch a series of four virtual workshops led by center alumni on Saturday afternoon at 3 with “Meditation on the Self: Drinking at the Mouth of West African Art.” Afua Ansong, a Ghanaian-American writer, dancer, and photographer, will invite the public to develop prayers, chants, songs, and poems that seek to preserve concepts of the self, inspired by West African symbols.

Subsequent workshops will be led by Anton Krause, a theater artist (April 3), Tamar Ettun, a multidisciplinary artist (May 1), and Lua Rivera, who works in collage, photography, and textiles (June 5). Reservations can be made on the center’s website.