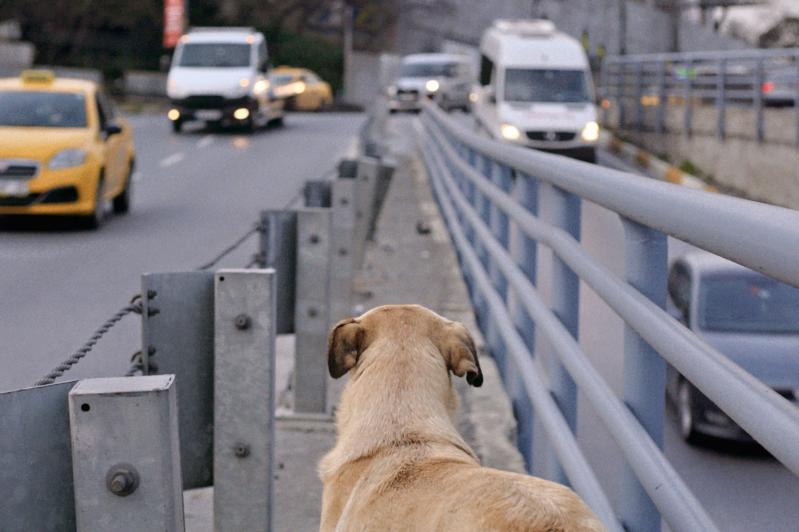 One of the dogs that roam freely through the streets of Istanbul in the film "Stray," which will be discussed by Sag Harbor Cinema.
By Mark Segal

New From Doc Fest
Hamptons Doc Fest is presenting a virtual screening of "Acasa, My Home" through next Thursday. Originally shown as part of the 2020 festival, the film tells the story of a family that lived for 20 years in Romania's Vacaresti Delta until they were forced to move to Bucharest when the delta was turned into a nature park.

Directed by Radu Ciorniciuc, the film follows the Enache family from a life lived in harmony with nature to one filled with the challenges of a big city. In a New York Times review, A.O. Scott wrote, "It’s both intimate and analytical, a sensitive portrait of real people undergoing enormous change and a meditation on what that change might mean."

A link to the film, which will be followed by a discussion with Mr. Ciorniciuc, is on the festival's website.

Director's Talk
The next Cinema Live virtual conversation from the Sag Harbor Cinema will feature Elizabeth Lo, the director of the documentary "Stray," in conversation with Giulia D'Agnolo Vallan, the theater's artistic director, on Sunday at 5 p.m.

Filmed in Istanbul over the course of three years, "Stray" follows three dogs, Zeytin, Nazar, and Kartal, whose separate lives intersect when they each form bonds with a group of young Syrian refugees who share the streets with them.

Shot from the dogs' point of view, with neither plot nor narration, "Stray" is not only about the animals, who are protected by law from euthanasia, but also the condition of people without status or security.

"Stray" is available on the cinema's website as well as other streaming services.

A Gardener Again
Page Dickey will describe the process of starting over in a new garden in northwest Connecticut after years of tending to Duck Hill, her property in upstate New York, in a virtual lecture through the Horticultural Alliance of the Hamptons. She will share how her approach to gardening has changed in this new setting on Sunday at 2 p.m.

A writer on gardening and garden design for magazines such as House and Garden and Architectural Digest, Ms. Dickey, who now lives in Falls Village, Conn., has also written several books, including her latest, "Uprooted: A Gardener Reflects on Beginning Again."

The talk is $10, free for alliance members. Tickets can be accessed through the alliance's website, HAHgarden.org, and a link will be emailed to those attending.