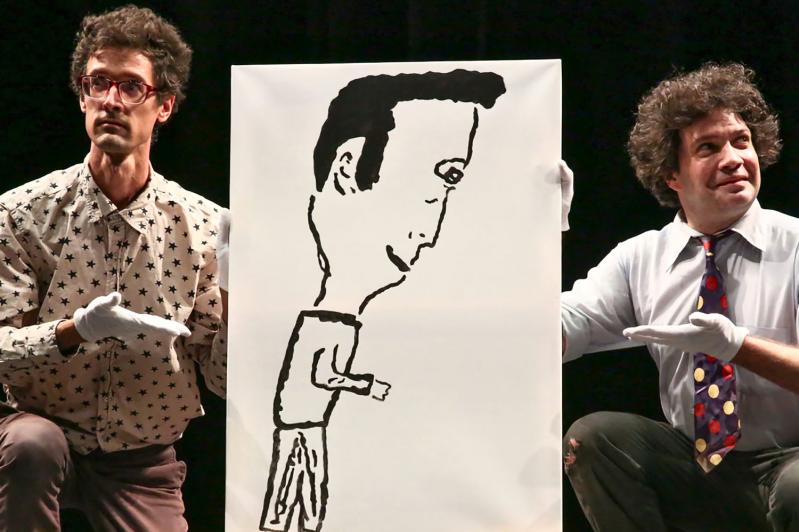 In Process, Remotely
In Process @ the Watermill Center, which offers a glimpse into the creative process of the center's residents, will return on Saturday at 3 p.m. with presentations via Zoom by Brian Belott and Matthew Thurber, Kyoko Hamaguchi, and Nicole Pasulka.

Mr. Belott and Mr. Thurber, who have worked together since 2010, draw from poetry, glossolalia, improvisation, pranks, and nonsense to create performances with props such as books, loaves of bread, and unwound tape cassettes.

Both Ms. Hamaguchi and Ms. Pasulka are working virtually from home during their residencies. Ms. Hamaguchi, a conceptual mixed-media artist, is exploring the history of the Watermill Center as a former Western Union research laboratory. Ms. Pasulka, a  writer with a master's degree in journalism, is developing a narrative nonfiction book about the drag performance scene in Brooklyn.

A link to registration is on the center's website.

In Plain Sight
The Parrish Art Museum will live-stream a talk by Donnamarie Barnes and David Rattray, co-directors of the Plain Sight Project, Friday at 5 p.m. The initiative is documenting the history of enslaved persons and free Blacks living on the East End, to identify those individuals and to locate and preserve burial grounds, habitations, and work sites.

A joint effort of The East Hampton Star and the East Hampton Library, the Plain Sight Project was created in 2016 by Mr. Rattray, the editor of The Star, and Ms. Barnes, the curator and archivist at Sylvester Manor on Shelter Island.

Registration for the talk, which will be moderated by Corinne Erni, the museum's senior curator, is available on the museum's website.

New Hire at Guild Hall
Guild Hall has announced the appointment of Jonquil Schaller-Harris as membership, annual fund, and communications manager, a position focused on expanding and diversifying membership. Ms. Schaller-Harris was previously the membership and communications manager of ArtTable, an organization devoted to promoting leadership development for women in the visual arts. She has a master's degree in museum and cultural administration from St. John's University.

New positions have been announced for existing staff members as well. Joe Brondo has been named director of digital content, Casey Dalene as associate curator for learning and public engagement, and Anthony Madonna's role as senior associate for learning and public engagement has been expanded. All four will work closely with Andrea Grover, Guild Hall's executive director, and Amy Kirwin, the chief creative officer.

For the Birds
The Peter Matthiessen Center has planned a Zoom talk next Thursday to honor Matthiessen's noted appreciation of birds. The event will be co-presented by the Peconic Land Trust.
Participants will include former friends and colleagues of the author from the world of ecology and literature. They include Dr. George Archibald, Carl Safina, Subhankar Banerjee, Stephen Brown, Christoph Irmscher, David Wilcove, and Victor Emanuel, and some yet-to-be-announced guests.

Alex Matthiessen, an environmentalist and son of the late author, will host the event, as part of an effort to raise awareness of the planned Peter Matthiessen Center, a space dedicated to writing, nature, and Zen Buddhism. Registration for the event, which is limited, is through an email at [email protected]