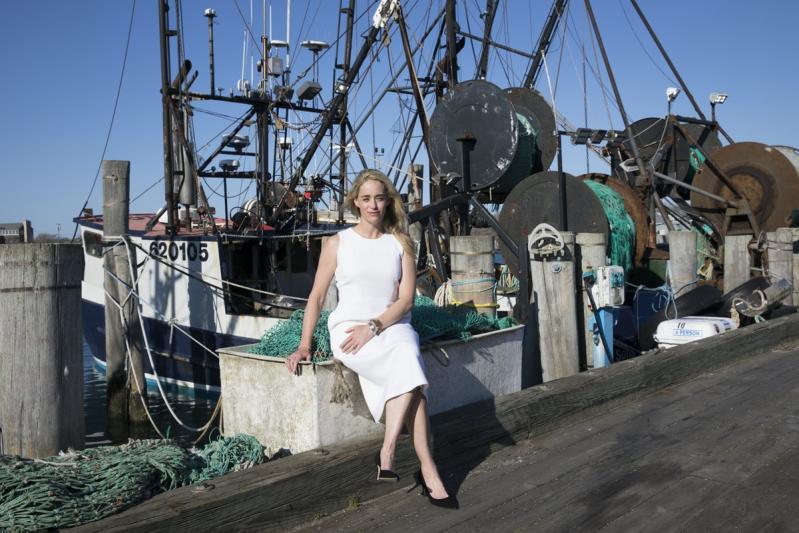 Amanda M. Fairbanks has penned a deal to bring her book "The Lost Boys of Montauk" to the screen.
Lori Hawkins
By Jennifer Landes

A popular summer read about a tragic local story could soon find its way to the screen, according to its author.

"The Lost Boys of Montauk: The True Story of the Wind Blown, Four Men Who Vanished at Sea, and the Survivors They Left Behind" by Amanda M. Fairbanks has been optioned for television by Bert Salke.

Ms. Fairbanks, a former writer for The Star and East magazine who lives in Sag Harbor, said that in addition to the 30 events she had participated in for the book, it had been an "intense summer of negotiations with various television and film producers."

After the book's release tied to Memorial Day, she said her publicist had her block off the next two weeks for virtual talks and in-person signings. "It really came to encompass the whole summer . . . talks and signings from Southampton to Montauk, and all parts in between." She also received positive reviews, some "really exciting and unexpected" national attention, and inclusion on several summer reading lists.

Right before the book was released and after some interest from producers, Ms. Fairbanks hired a film and television agent. She recalls speaking to about 15 producers over the past several months. "It was a process of deciding who I felt not only had the best vision for it, but also the greatest likelihood to get it made."

Mr. Salke, formerly the president of Fox 21/Touchstone, the cable/unscripted division of 20th Century Fox TV, has a multiyear producing deal with Disney Television Studios and intends to develop the nonfiction book into either a limited or an ongoing series.

She described the optioning of the book as "the first baby step," noting how long it often takes from option to production to release. Although there are numerous streaming services all looking for content, she said there are not as many available showrunners, people who have overall creative and management control of television productions, because they are in such demand for everything else in production.

According to Ms. Fairbanks, Mr. Salke, who is based in Los Angeles, first heard of the book while he was visiting East Hampton over the summer. After attending a talk that she gave at Guild Hall with David Netto in early July, he immediately expressed his interest in exploring the next steps. They found they had a great rapport, and she is now attached to the project as a co-executive producer.

As a veteran showrunner and longtime studio president, Mr. Salke has overseen production on shows such as "Homeland," "The Americans," and "American Crime Story: The People v. O.J. Simpson," among others.

Ms. Fairbanks, who as of press time was going to be interviewed this week in The Star's offices by "CBS Saturday Morning," expects to be on an airing of the program in the next few weeks.