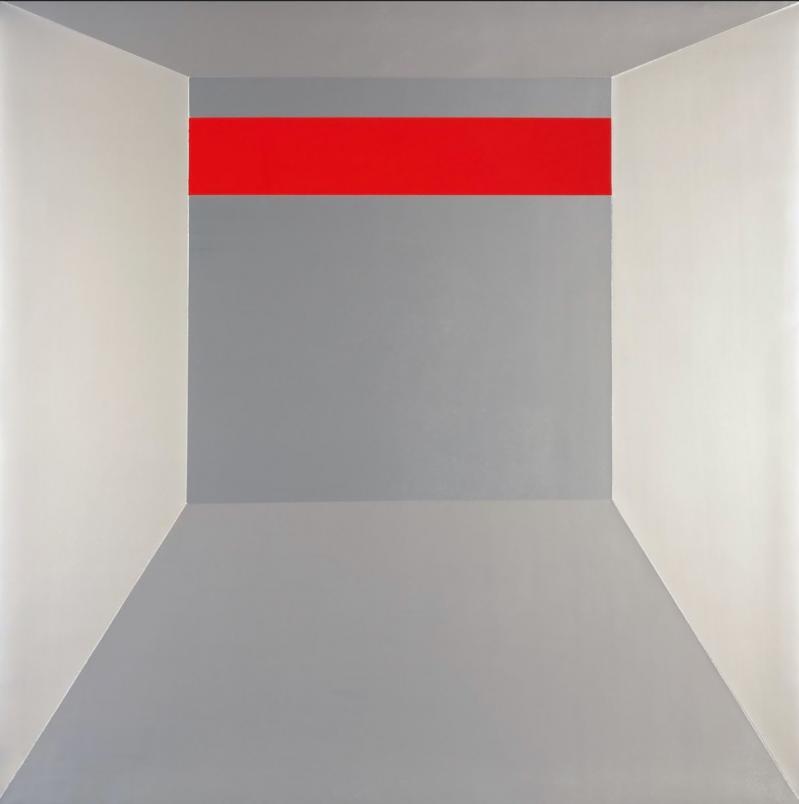 Michele Francis’s painting “Red Room” will be on view at MM Fine Art in Southampton.
By Mark Segal

High and Low Culture
"Seasonal Dancing Dolls," an exhibition of recent paintings by Willie Wayne Smith, is on view at Harper's Gallery in East Hampton through Jan. 22. Mr. Smith's acrylic and airbrush compositions feature overlapping images and text from a variety of sources.

Born in Haiti, Mr. Smith received a B.F.A. from the Maryland Institute College of Art and an M.F.A. from the Cranbrook Academy of Art.

Black and White and Color
MM Fine Art in Southampton will open two exhibitions on Saturday with a reception from 6 to 8 p.m.

"The Energy Spectrum Series" is a show of paintings by Michele Francis that deal with color and space and the feeling of entering into the painting itself. "Every color gives off a different emotion as does the placement of the color in juxtaposition to the vibration," according to the gallery.

Both exhibitions will remain on view through Dec. 12.

Textile Artist on Video
"Rise With Radiance: Susan Schott's Journey as an Artist," a 30-minute video about the mixed-media and textile artist, will become available for streaming on demand from the Montauk Library's website starting on Wednesday at 7:30 p.m. and continuing through Dec. 31.

Filmed in her Sag Harbor studio by Peter Waldner, Ms. Schott describes how her hand-dyed fabrics, intense threadwork, and embellishments such as crystals and beads add visual texture and depth to her work. Her objective is "to move people and instill a sense of hopefulness that is dormant within themselves until they realized that they possess the energy to inspire others."

Gorky Discovery
Hauser & Wirth Gallery in Chelsea is presenting "Arshile Gorky: Beyond the Limit," an exhibition of a newly discovered, never before exhibited painting by the Abstract Expressionist, through Dec. 23.

The exhibition will present both paintings, works on paper directly related to the discovered painting, and a new publication about the artist, who visited the East End during the 1940s.

Hanukkah at Ezra Gallery
"The Art of Giving," an exhibition of works donated by artists and private collectors, will open with a reception on Sunday from 4 to 6 p.m. at the Ezra Gallery at the Center for Jewish Life in Sag Harbor.

On the occasion of the first night of Hanukkah, the reception will include an outdoor ice menorah lighting, donuts and latkes, crafts for children, and music by D.J. Nesher.

Organized by Ms. Goff, the exhibition will remain on view all winter.