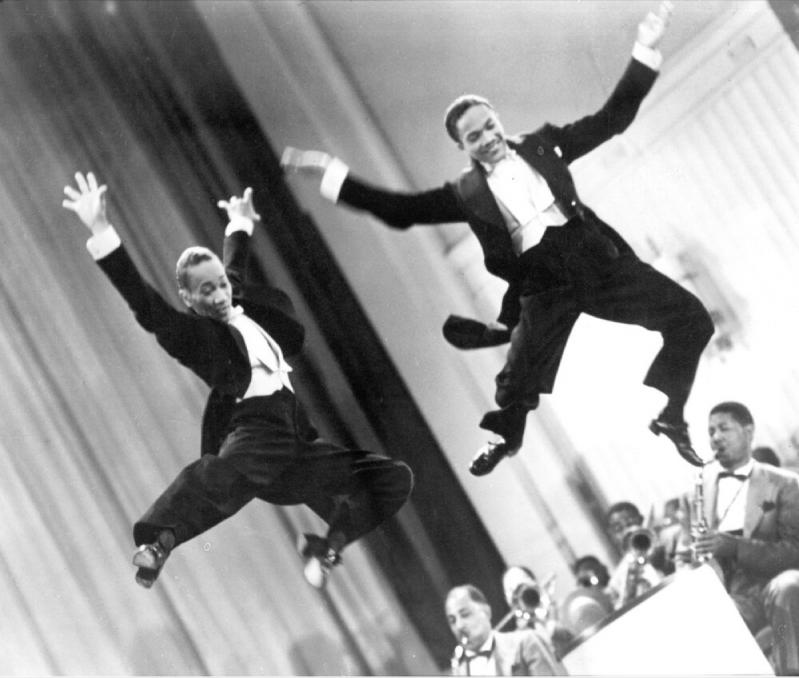 Several restored films will be screened at the Sag Harbor Cinema as part of its Festival of Preservation next weekend, such as "The Fabulous Nicholas Brothers," above, "The Red Shoes," "Enamorada," and "Gentlemen Prefer Blondes."
Via Sag Harbor Cinema
By Jennifer Landes

Anyone with an appreciation of film and its history -- including classic comedies like the 1953 "Gentlemen Prefer Blondes" by Howard Hawks, dramas like Michael Powell's "The Red Shoes," from 1948, or seminal low-budget horror films like George Romero's "Night of the Living Dead," from 1968 -- may not realize that these movies might have been lost because of the severe degradation that film can suffer over time. Film is an unstable medium, prone to breakdown, which can affect parts or the whole of it if it's not stored or maintained properly.

The Sag Harbor Cinema will hold its first festival devoted to the preservation of film from Friday, Nov. 19, to Nov. 22. Last week, the cinema announced the films to be screened, including those mentioned above, and the guest speakers who will lend insight on the films, film history, and the process and value of preservation.

"Cultivating the culture and the experience of film is an essential part of Sag Harbor Cinema's DNA," Giulia D'Agnolo Vallan, the cinema's founding artistic director, said in a release. "It seemed only natural that we would want to create an opportunity for our audience to connect more intimately with the world of film preservation through an annual program."

Highlights include a presentation by Bruce Goldstein, the founder of Rialto Pictures. In 1992, he made a documentary about the Nicholas Brothers, a dance team who premiered at the Cotton Club in Harlem when they were children. They had a long career on Broadway and in Hollywood films, but it was limited by the institutionalized racism of the time. A few years ago, Mr. Goldstein updated the earlier documentary, adding new interviews from 1991 that enhance the performance footage, photographs, and recordings in it. He will be there to discuss the film.

Someone working locally to preserve performance footage is Joe Lauro of Sag Harbor, who founded the Historic Films Archive. He will show rare footage from his collection.

Bill Morrison will introduce his new effort related to damaged celluloid, this year's "The Village Detective: A Song Cycle." He was previously at the cinema with "Dawson City: Frozen Time," an important lost film. This time, the catch was a partial print of a Russian comedy found in 2016 by a fishing boat off Iceland. The water-logged film became "a jumping-off point for his latest meditation on cinema's past, offering a journey into Soviet history and film," according to the cinema.

Representing Martin Scorsese's Film Foundation, Margaret Bodde, its executive director, will address the movement for preservation nurtured by its founder. He established the foundation in 1990 to protect and preserve motion picture history. It has aided in the restoration of more than 900 films.

Balazs Nayari of Cineric, a film preservation company that has restored more than 1,000 films with traditional photochemical processes and digital technology, will discuss these methods.

Additional information about the Festival of Preservation including the films, speakers, dates, times, and tickets can be found on the cinema's website.