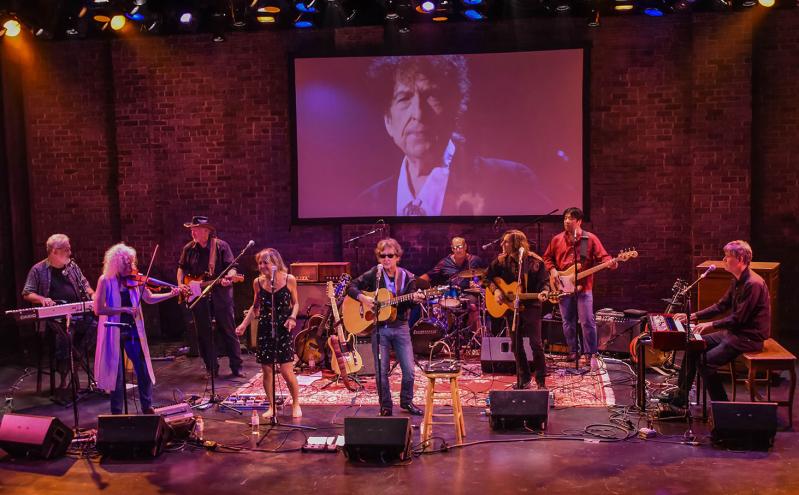 The Complete Unknowns will perform "A Tribute to Bob Dylan" at Bay Street Theater on Saturday.
Ken Grille
By Mark Segal

Attica Revisited
On Sept. 9, 1971, more than 1,200 inmates at the Attica Correctional Facility in upstate New York took control of part of the maximum-security prison, seized 39 guards as hostages, and demanded more humane treatment and better conditions.

The Southampton Arts Center and Hamptons Doc Fest will present “Attica,” a new documentary by Stanley Nelson, on Sunday at 5 p.m. in the center’s theater. Mr. Nelson tells the complicated story through interviews with former prisoners, family members of hostages, and journalists, as well as archival footage and never-before-seen tapes from the prison’s closed-circuit TV system.

The screening will be followed by a conversation between Mr. Nelson and Barry Scheck, the founder of the Innocence Project, which exonerates wrongly convicted prisoners through DNA testing. Tickets are $20, $10 for center members.

Dylan Tribute
The Complete Unknowns will return to Bay Street Theater in Sag Harbor with “A Tribute to Bob Dylan” on Saturday at 8 p.m. The band will present its interpretations of Mr. Dylan’s music with a repertoire that spans six decades and ranges from such familiar songs as “Like a Rolling Stone” and “Don’t Think Twice, It’s All Right” to seldom-played tunes.

Masonic Music Series
The Masonic Temple in Sag Harbor will host the reggae artist Winston Irie Friday at 8 p.m. as part of its series of concerts by East End singer-songwriters. A familiar face on the local music scene, Mr. Irie has shared the stage with Toots and the Maytals, Jimmy Cliff, the Whalers, Lenny Kravitz, and many other notables.

The series will continue on Saturday at 8 with Fred Raimondo and the Dark Heart Tavern Band. A singer-songwriter from Eastern Long Island, Mr. Raimondo has performed with Rick Danko, Richie Havens, Taj Mahal, and Leon Russell. Accompanied by the band members Paul Brokaw, Kevin Twigg, and Greta Quezada, he will perform music from his album “Stories from the Dark Heart Tavern.” Admission is $20.

Wine and Roses
The Southampton Cultural Center will hold its fifth annual Wine and Roses Gala on Saturday from 4 to 7 p.m. In addition to food, wine, cocktails, and live entertainment, the in-person event will feature live and silent auctions of artwork, jewelry, and other items up for bid on the benefit’s website.