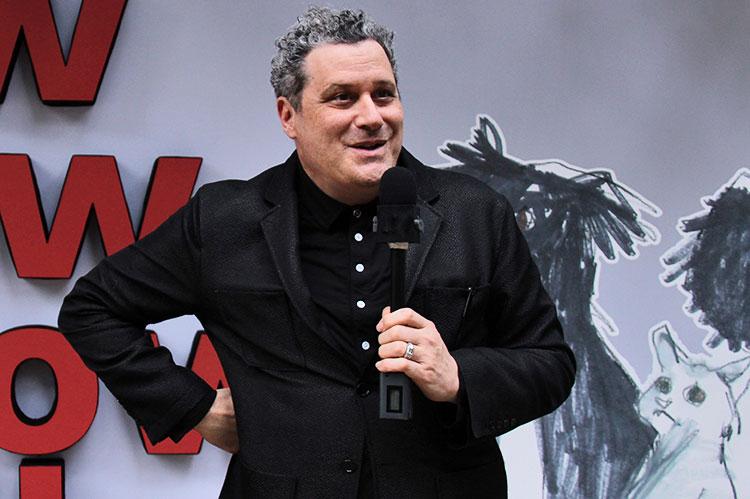 Isaac Mizrahi, perhaps best known as the chief designer of the Isaac Mizrahi brands, wears many other hats, including that of a singer and entertainer who has performed frequently at intimate venues such as Cafe Carlyle in New York City, and larger spaces, including Bay Street Theater in Sag Harbor.

The Jewish Center of the Hamptons has organized a Virtual Evening With Isaac Mizrahi, a star-studded fund-raiser that will be available exclusively through the center's website via Zoom on Sunday evening at 7:30.
After being introduced by the producer Daryl Roth, Mr. Mizrahi will conduct personal, one-on-one interviews with Bob Balaban, the actor, writer, producer, and director; Sandra Bernhard, the actress, comedian, and singer; Andy Cohen, the television talk show host, radio producer, and writer, and Henry Winkler, the actor, comedian, director, producer, and writer.

A silent auction will be held in conjunction with the show featuring prizes and experiences from Candice Bergen's BergenBags, the East Hampton Golf Club, the Bridgehampton Inn and restaurant, Carissa's bakery and restaurant, the Red Horse Market, and the South Fork Country Club, among others. Bidding is now open at jcoh.org/auction, and winners will be announced live at the conclusion of the show.

Tickets for the show start at $36. Pre-registration through the center's website is required.