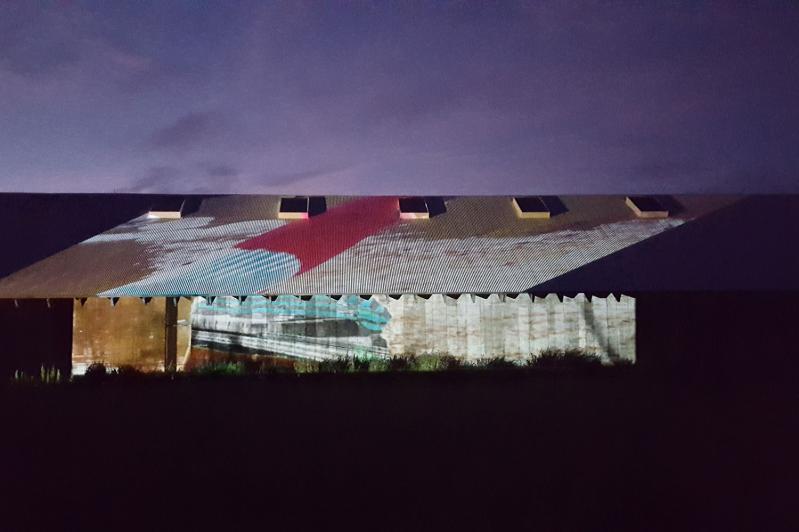 Lisson Gallery Opens
Lisson Gallery, an influential contemporary art venue that launched in London in 1967, has joined the international galleries opening outposts in East Hampton. The space at 55 Main Street will highlight one work per week by gallery artists, starting with a rare seven-foot-wide landscape painting by Stanley Whitney from the mid-1990s.

Upcoming presentations will feature work by Carmen Herrera, Anish Kapoor, Joanna Pousette-Dart, Sean Scully, and Leon Polk Smith. According to the gallery’s executive director, Alex Logsdail, “A single work forces simplicity and focus. It’s a way of slowing down without slowing down.”

New Gallery on Main Street
Colm Rowan, who for many years has owned and operated galleries in Britain and the United States, has moved his operation to East Hampton, opening at — you guessed — 55 Main Street. Colm Rowan Fine Art features work by 20th and 21st-century artists ranging from Marc Chagall to Picasso to Robert Indiana.

The gallery is debuting with eight paintings by Ben Georgia, whose art evolved from his studies with Theodoros Stamos, one of the first generation of Abstract Expressionists, to an idiosyncratic use of abstract form, color, and light. The exhibition will remain on view through Aug. 16.

Spencer Lewis at Harper’s Books
“Literacy Devolves Into Violence,” an exhibition of five new paintings on jute, by Spencer Lewis, is on view at Harper’s Books in East Hampton through Aug. 27. Mr. Lewis, who lives in Los Angeles, works with a variety of materials, including acrylics, spray paint, tape, yarn, pastels, and cardboard, to create vigorously gestural paintings whose materiality lends them a sculptural quality.

Ms. Dyson, who lives and works in Brooklyn, has said that her work addresses “the continuity of space, movement, scale, geography, and architecture.” The recent work involved experiments in animation, intimately scaled works on paper, and shape studies. Through abstract works, she explores the way space is perceived and negotiated, particularly by black and brown bodies.

Jill Magid at Dia in Bridge
“Homage CMYK,” a yearlong installation of new work by Jill Magid, a conceptual artist, writer, and filmmaker based in New York City and Amagansett, is on view at Dia Bridgehampton through June 6, 2021.

The new series has emerged from her extended examination of the legacy of the Mexican architect Luis Barragan. Its departure point is two unlicensed screen prints on linen derived from Josef Albers’s iconic series “Homage to the Square,” which were hanging in Barragan’s house in Mexico City.

Video Projections at Parrish
A 50-minute loop of five videos by Tomashi Jackson, the museum’s 2020-2021 Platform artist, will be projected onto the south facade of the Parrish Art Museum in Water Mill Friday night from 9 to 11. The video collages derive from two bodies of work.

Three are from “The Subliminal is Now,” a visual representation of research on the history of school desegregation, while the two others are drawn from “Interstate Love Song,” which addresses voting referendums in and around Atlanta that perpetuated segregated residential patterns.
The projections will be visible from Montauk Highway. The rain date is Saturday, same time.

Ossorio, who lived in Springs at the time, examined in his work the nature of sexuality, God, and man, often employing religious forms. Muller, born in Germany, immigrated to New York City in 1941. He too was  compelled by issues of sex, religion, and myth, in part through his early exposure to the tales of Faust and German mythology. The exhibition will run through Oct. 15.

Also on view is an installation of large-scale outdoor sculpture executed in bronze by Wendell Castle, a master of American art furniture who late in his career translated his wood designs into bronze.

New at Alone Gallery
Alone Gallery in Wainscott is presenting its fourth and final show, “Spotlight 4: Reflection,” through Aug. 18. The exhibition includes work by Celeste Dupuy-Spencer, Alice Neel, Keith Mayerson, and Werner Buttner, among others. Launched in June by Max Levai, Tripoli Patterson, and Bob Rubin, Alone was designed to be experienced in isolation, and by appointment only. After “Reflection,” Tripoli Gallery will resume its exhibition schedule in the space.

Pop in Bridgehampton
“Pop Starz,” an exhibition of work by Russell Young, Nelson De La Nuez, and Seek One, will open at the White Room Gallery on Wednesday and continue through Sept. 6. All three artists follow in the Pop tradition, Mr. Young with photographs of iconic figures accentuated with diamond dust, Mr. De La Nuez with cartoon-influenced paintings and mixed-media works, and Seek One with interpretations of popular culture mixed with graffiti.

Group Show at Keyes Art
“Musical Chairs,” a show of work from the collections of the late Penny McCall and her daughter, Jennifer McSweeney, will open at Keyes Art in Sag Harbor with a reception Wednesday from 6 to 9 p.m. It will remain on view through Sept. 7.