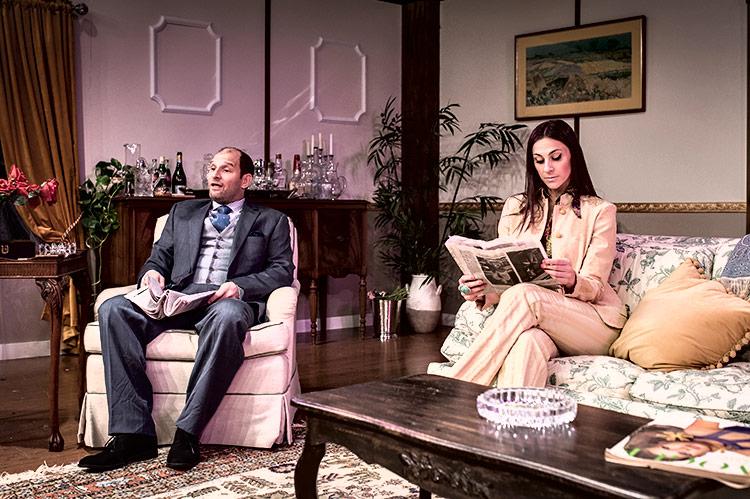 “A scene from that play was chosen for me,” she said. “I loved it. It was a very dysfunctional mother-daughter scene, and it was like nothing I had done before. It stuck in my mind that someday, if I ever got the opportunity, I would want to act in it. That was way before I was directing.”

While Ms. Lyons was unable to get the rights to the play several years ago, Michael Disher, Center Stage’s artistic director, who is on a leave of absence, suggested that she try again. The good news is that “A Delicate Balance” will open a three-week engagement at the cultural center Friday at 7 p.m. Ms. Lyons will direct.

The play premiered on Broadway in 1966 and won the Pulitzer Prize for drama as well as four Tony Award nominations. Its 1996 Broadway production won the Drama Desk and Tony Awards for best revival of a play.

The story takes place entirely within the cavernous living room of the upper-middle-class suburban home of Tobias, a retired, well-to-do businessman, his wife, Agnes, and their permanent houseguest, Claire, Agnes’s alcoholic sister.

After they have settled in for after-dinner drinks, Harry and Edna, the couple’s best friends, arrive unexpectedly. Frightened by something they don’t explain or name, they ask to stay over. They are soon followed by Julia, Agnes and Tobias’s 36-year-old daughter, who returns home after the collapse of her fourth marriage.

Over the course of three acts and two days, the delicate balance of the household is shattered by “histories of frigid marriages, infidelities, lost children (dead and unborn), and lifelong friendships based solely on convenience,” according to Vincent Canby’s New York Times review of the 1996 revival.

“The country-club-type characters have a very specific way of speaking,” said Ms. Lyons. “There is a lot of dialogue, and it’s very intellectual. To really stay on the lines and deliver them as Albee intended, that’s a big challenge. Whenever I take a project on, I try to do something a little grander and a little more difficult than I did the year before. But wow! What was I thinking?”

The production stars Bonnie Grice, John Leonard, Joanna Mincarelli, Tamara Salkin, Kristin Whiting, and Scott Wilson. Performances will take place Thursdays through Saturdays at 7 and Sundays through Jan. 26 at 2 p.m. Tickets are $25, $15 for students under 21. Brunch-theater and dinner-theater packages are also available. More information and tickets can be found at scc-arts.org.