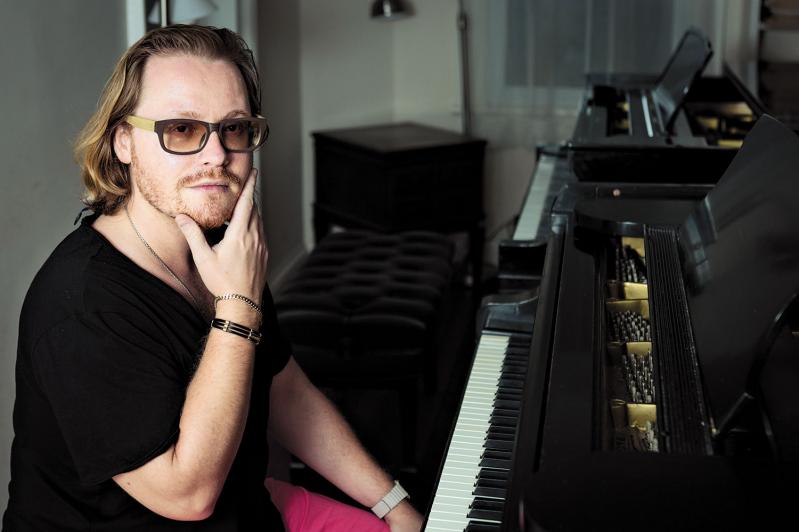 Konstantin Soukhovetski will perform works by Strauss, Schubert, and Polina Nazaykinskaya at the Parrish Art Museum.
By Mark Segal

Created in association with the Julliard School’s historical performance faculty and the English Concert, a Baroque orchestra based in London, the fellowship program of the English Concert in America provides young performers opportunities to continue to develop artistically. Tickets are $10.

Salon Series
The Salon Series of classical concerts by award-winning musicians will return to the Parrish Art Museum in Water Mill with a virtual performance by Konstantin Soukhovetski that will be live-streamed from the museum’s theater tomorrow at 5 p.m.

Highlights of Mr. Soukhovetski’s career include appearances with the symphony orchestras of Asheville, Austin, Miami, Richmond, and Virginia as well as solo performances at London’s Wigmore Hall, the Weill Recital and Zankel Halls at Carnegie Hall, and the Zentrum Paul Klee in Bern, Switzerland.

The program will feature music by Richard Strauss, Franz Schubert, and Polina Nazaykinskaya, a contemporary Russian-born composer. Tickets are $20, $15 for members.

‘Stars for Stars’
The Southampton Cultural Center has called upon some of its favorite performers to present a free virtual holiday show in honor of community leaders and activists on Sunday at 4 p.m. Hosted by Bonnie Grice, the founder of boots on the ground theater, “Stars for Stars” will honor Marcus Stinchi, Bret Pahwul, Matthew Raynor, Charlotte Arnzen, and Jillian Swiatocha, all of whom have been active in community organizations or initiatives.

Entertainment will be provided by the Dickens Carolers, Darren Ottati and Jennifer DeMeo, both regular Center Stage performers, the Hamptons Youth Quartet, and Christiaan Padavan, a Hampton Bays native who won a gold ticket on “American Idol.”

Virtual Variety Show
Our Fabulous Variety Show, the Southampton theater company, will present its virtual holiday show via Zoom on Saturday at 7 p.m. The program will feature Laura Haley, an aerial artist, Tyler Fischer, a New York comedian, the drag queens Naomi and RaffaShow, and a parade of singers, musicians, and dancers, including Devon Leaver, Christiaan Padavan, Lucy Caracappa, Joe Pallister, and the company’s founders, Anita Boyer and Kasia Klimiuk.

Santa Stand
The Madoo Conservancy in Sagaponack will open Merry Madoo’s Santa Stand on Sunday from 10 a.m. to 3 p.m. Madoo-grown paperwhites, apple and orange pomanders with velvet ribbons, and boughs of freshly cut greens from the garden will be on offer. The event is drive-by only, and masks will be required.

This article has been modified from its original and print version to reflect that, due to a forecast of rain, the Santa Stand at the Madoo Conservancy will take place Sunday instead of Saturday.