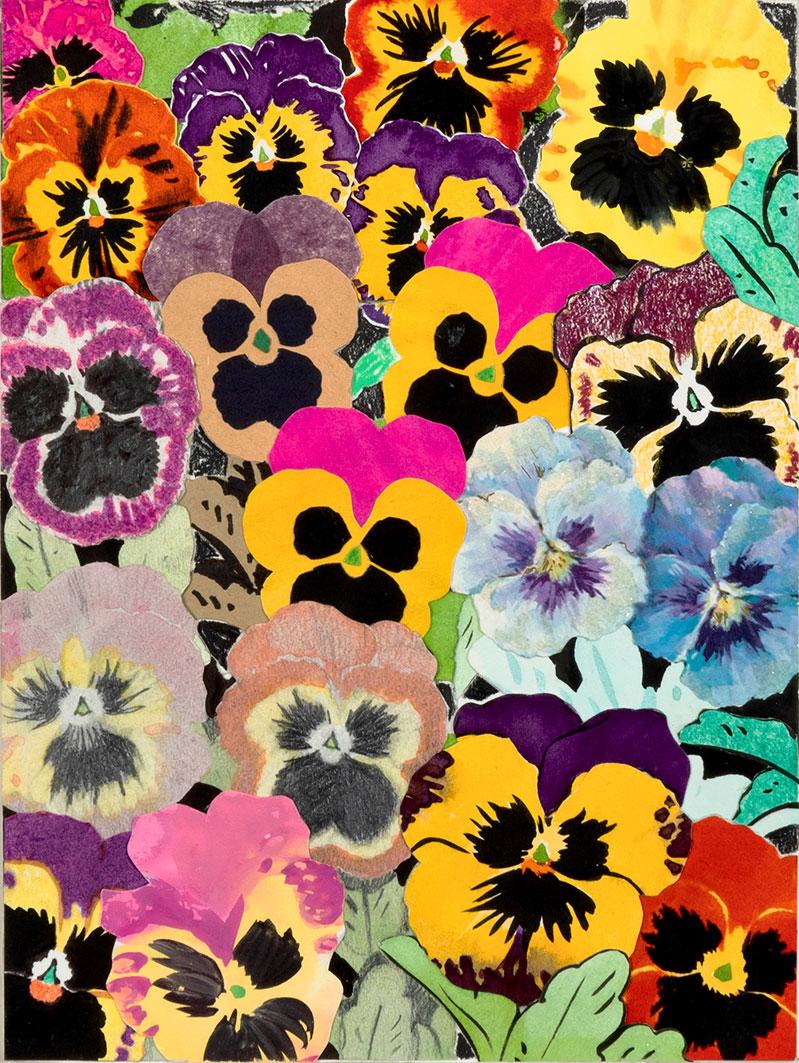 The Drawing Room in East Hampton and the Eric Brown Art Group are presenting an exhibition at 55 Main Street of 10 rarely seen works on paper by Joe Brainard. The collages, which date from 1968 to 1981, feature many of the artist's best-known motifs, including pansies, grasses, windows with crescent moons, and playing cards.

Brainard, who died in 1994, is most closely identified with the painters and poets of the New York School, but he knew Andy Warhol and considered him one of his favorite artists. His work combines technical mastery and a natural gift for composition with invention and imagination.

He grew up in Tulsa, Okla., and in 1960 moved to New York, where, five years later, he had his first solo show. He exhibited regularly in galleries and museums, and MoMA PS1 organized a traveling retrospective of his work in 2001.

Union Steak and Sushi in Southampton is the site of "Musing and Mastering: The Ordinary," a pop-up exhibition organized by UEast75, a Manhattan gallery, and on view through Jan. 18. The show is a collaboration between Ian Duke, the restaurant's co-owner, and his longtime friend Alysha Marko, the owner of the gallery.