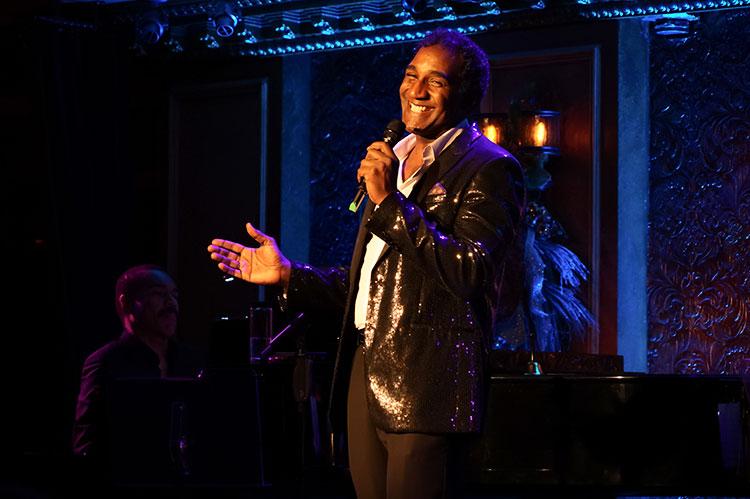 Bay Street Theater will stream Norm Lewis in concert from Feinstein's/54 Below in New York City.
By Mark Segal

Classical Piano
Karén Hakobyan, an Armenian-American pianist, composer, and conductor, is next up in the Salon Series at the Parrish Art Museum in Water Mill. The concert will live-stream from the museum's theater tomorrow at 5 p.m. Since his Carnegie Hall debut at 17, Mr. Hakobyan has won multiple competitions and performed in concert halls in Argentina, Mexico, Germany, France, Japan, and the United States.

His program will include compositions by Chopin, Komitas Vardapet, Arno Babajanian, Rachmaninoff, and Scriabin. Tickets are $20, $15 for members, and registration for the virtual performance is on the museum's website.

Norm Lewis in Concert
"Christmastime Is Here," a virtual holiday concert by Norm Lewis direct from Feinstein's/54 Below in New York City, will be presented by Bay Street Theater next Thursday at 8 p.m. While Mr. Lewis's holiday shows have become a New York tradition over the past few years, this year's can be enjoyed from the comfort of home.

A singer and actor whose credits range from Spike Lee's "Da 5 Bloods" to multiple Broadway musicals and television specials, Mr. Lewis will be accompanied by Joseph Joubert on keyboards, George Farmer on bass, and Perry Cavari on drums and percussion. The concert will include material from past shows, songs from "The Norm Lewis Christmas Album," and new songs.

Tickets, which will include a live chat for fans, are $25 and available from Bay Street's website.

About 'the Biz'
The Southampton Arts Center will hold "Breaking Into 'the Biz,' " a free Zoom panel discussion for those interested in a career in the arts, next Thursday at 7 p.m. Amy Kirwin, the center's artistic director, will host Carter Burwell, a film composer, Peter Drake, a painter, Deborah Feingold, a photographer, Mary Lambert, a film director, and Garth Stein, a novelist and playwright. Registration is required and can be completed through the center's website.