It will screen for some 300 contaminants 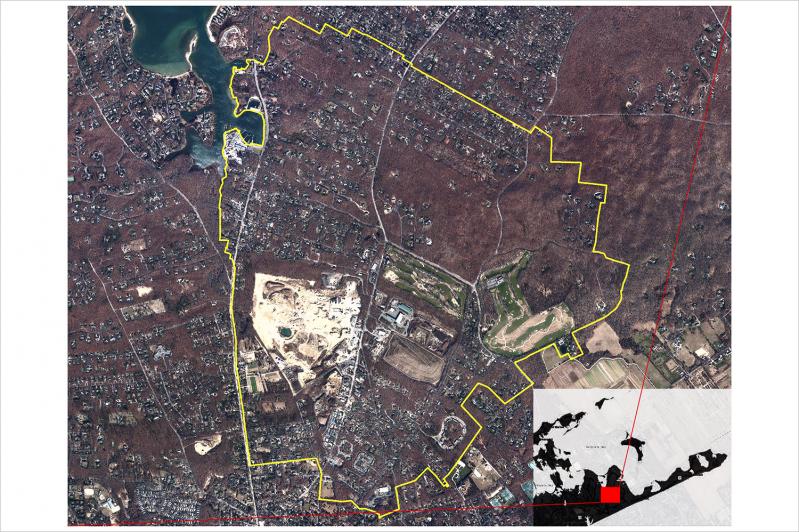 In a move it described as precautionary, the Suffolk County Health Department announced on Monday that it will conduct a private well survey in an area surrounding the closed landfill and at least two commercial composting or mulching operations along the Springs-Fireplace Road corridor in East Hampton and Springs.

The survey spans land between Three Mile Harbor Road and Accabonac Road, bounded by Floyd Street to the south and Copeces Lane to the north. Approximately 415 private properties are within the area.

Sampling of private wells closest to the compost sites and the landfill, which was decommissioned and capped more than a decade ago, will begin next week. Fifty-eight properties falling within an approximately half-mile radius of the industrial operations of the survey area will be tested first, at a rate of 15 to 20 per week, Supervisor Peter Van Scoyoc said at the town board’s meeting on Tuesday.

The county will collect a suite of samples for analysis. Its Office of Water Resources will screen for approximately 300 contaminants, including coliform and E. coli bacteria, metals and inorganic compounds including iron, manganese, and thallium, and volatile and semi-volatile organic compounds including chlorinated solvents — chemical compounds containing chlorine that are used for a variety of commercial and industrial purposes — as well as pesticides, radionuclides, and 1,4-dioxane. Property owners will be notified of any findings that exceed health department standards, Mr. Van Scoyoc said.

Outreach to all property owners within the survey area is expected to happen over the next 12 to 14 weeks, according to the county.

A statement issued by the Health Department on Monday cited the “proximity of potential sources of groundwater contamination, including vegetative organic waste management operations, as well as the East Hampton landfill,” as the impetus for the sampling program. “Groundwater monitoring at other vegetative organic waste management operations has found elevated concentrations of iron and manganese above drinking water standards,” according to the county’s statement, which Mr. Van Scoyoc said Tuesday was an apparent reference to sites including the Sand Land mine in Noyac. The survey is being conducted “out of an abundance of caution.”

Sampling of private wells in the survey area will be offered at no charge to property owners. As the public water supply is routinely tested, residents whose houses are connected to public water do not need to have their water tested.

A statement issued from Town Hall, also on Monday, was similar to that from the county, adding that “regular monitoring of groundwater test wells on and surrounding the landfill property has been conducted since 1997” by engineers engaged by the town. This has shown “steadily decreasing levels of the chlorinated volatile organic compounds that emanated from the landfill before its closure.”

The landfill site is ringed with monitoring wells, Mr. Van Scoyoc said. “Some of the constituent components that show higher [levels] now are actually the result of the degradation of certain other chemicals,” he said. “They’re related compounds that might show in higher levels as the original compound breaks down into its constituent parts.” While overall contaminant levels have consistently declined since the landfill was capped, water intrusion “tends to create a plume and push those contaminants beyond the boundaries, which is the reason the landfill was capped originally and then monitored,” the supervisor said. “But off site, there is no monitoring.”

The announcement comes two years after the detection of perfluorinated chemicals, a component of firefighting foam as well as many household products, in private wells in Wainscott. That discovery prompted the town to declare a state of emergency and create a water supply district, the latter a prerequisite for the Suffolk County Water Authority’s extension of public water mains throughout that hamlet.

Earlier this year, 47 of 570 acres at East Hampton Airport, which is in Wainscott and where firefighting foam was stored and used in training exercises, were included on the State Department of Environmental Conservation’s Registry of Inactive Hazardous Waste Disposal Sites, commonly called Superfund sites.

“The town board members know — and some members of the public know this because we’ve talked about it a number of times — we’ve had concerns about these types of operations and industrial uses possibly contaminating groundwater,” Mr. Van Scoyoc said. The county’s move, he said, “is partially due to our interest in knowing whether or not the groundwater is safe in these areas, and to make sure that individuals have their wells tested. . . . There’s certainly nothing more important than having clean drinking water.”

Not every property within the survey area is served by a private well. The town’s senior citizens center on Springs-Fireplace Road, for example, is connected to the public water supply. Residents who are unsure if they are served by public water have been asked to call the Suffolk County Water Authority at 631-698-9500. Residents with questions about private well water in the county can contact the Office of Water Resources at 631-852-5810, or the supervisor’s office at 631-324-4140.

“We’re hopeful that there isn’t any problem here,” Mr. Van Scoyoc said on Tuesday, “but we won’t know until this testing is done.”