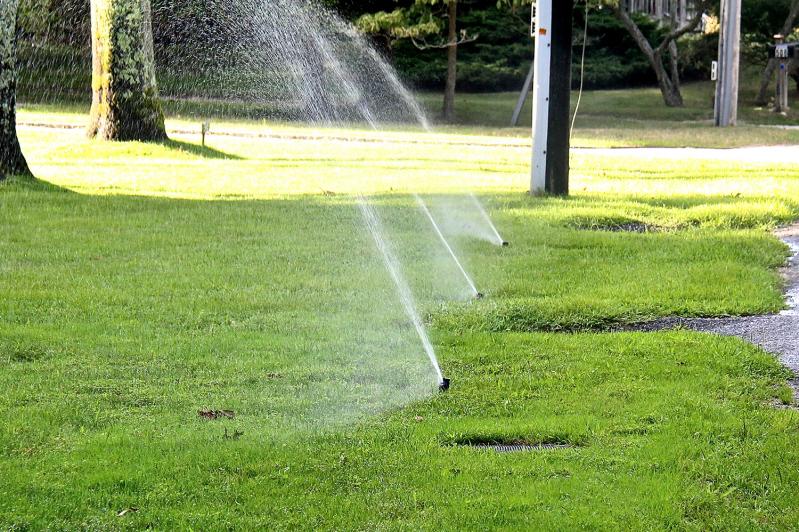 When all of the Suffolk County Water Authority customers use their irrigation systems at the same time, it taxes the pumps that keep the system pressurized.
Durell Godfrey
By Christopher Gangemi

The Suffolk County Water Authority declared a Stage 1 water emergency on Tuesday and is asking its customers across the East End to stop irrigation between midnight and 7 a.m., limit their shower times, and "refrain from all nonessential water usage."

The emergency "applies to all of our customers on the East End except for Hampton Bays, Riverhead, those on private wells, and most of Shelter Island," said Tim Motz, the director of communications for the water authority. Hampton Bays and Riverhead are in their own water districts. Even without the emergency, Mr. Motz says the water authority was encouraging everyone to conserve water when possible, for the long term viability of "our single source aquifer."

The midnight to 7 a.m. prohibition is an expansion of the water authority's request from last week asking people not to water between 3 a.m. and 7 a.m.

Even if customers shifted a portion of their watering away from those hours, it would help the water authority manage demand, Mr. Motz said. Customers have also been asked to refrain from all non-essential water use.

"Every morning the infrastructure gets pushed to the brink, the tanks get emptied, and then we spend the day filling them up. It leaves us with a potentially dangerous situation where we might not have the water pressure necessary to deal with a real emergency."

Having full tanks pressurizes the water system. It works much the same way as a countertop water filter. The water shoots out much faster when it's full than when it gets low.

Mr. Motz said that in 2016, the last time the water authority declared a Stage 1 water emergency, it installed a booster pump at Southampton Stony Brook Hospital.

"That just illustrates the significance of the problem," he said.

It's not every year that a water emergency is declared, and thankfully, "We've never gone beyond Stage 1," he said. "Let's hope it doesn't get to that."

Mashashimuet Park's History and Future
A Conference for Young People to Create Solutions
Get Outside, Get Moving
END_OF_DOCUMENT_TOKEN_TO_BE_REPLACED