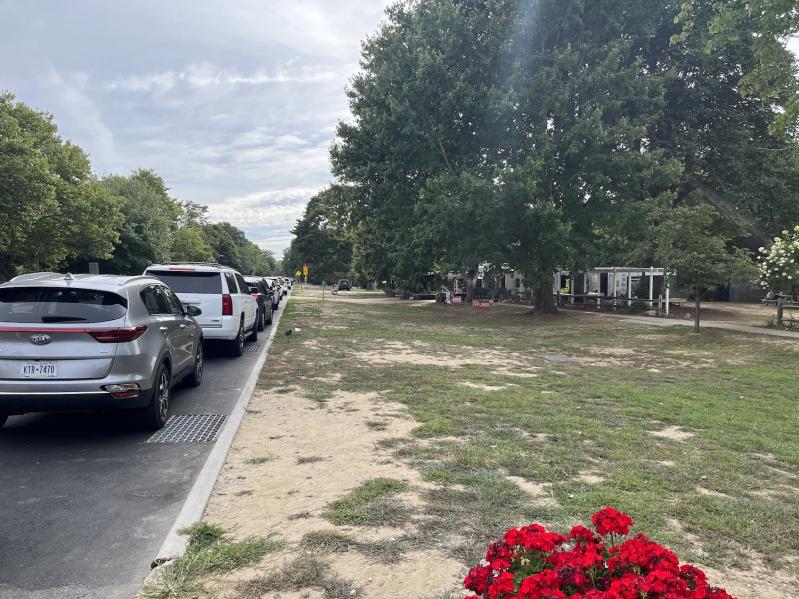 A seemingly routine request for a new crosswalk at the Amber Waves market, the hugely popular farm market just west of the Amagansett Firehouse, set off a series of increasingly testy exchanges at the August meeting of the hamlet’s citizens advisory committee.

“I am one of 300 families that attend weekly,” Vickie Lundine of Springs told the committee. Trying to cross Montauk Highway against the steady stream of traffic, she said, is challenging, and she hoped the group would support her appeal to the state — Route 27 is a state road — for relief. Assemblyman Fred W. Thiele Jr. is helping, she said, and the State Department of Transportation has said it will look into the matter.

When she sat down there was a buzz in the room, several committee members talking at once. David Hillman said that all of Main Street, especially in front of the Stephen Talkhouse, should be “incorporated” in a study of new crosswalks, while Jim McMillan and Jaine Mehring protested that there are three already and that’s enough. Carl Hamilton, a longtime member of the Amagansett Fire Department, said people ignore all the crosswalks and jaywalk everywhere. “The drivers even ignore ambulances,” he said, shaking his head.

A spirited discussion of the numerous events at Amber Waves, with their concomitant parking problems, ensued. Amanda Merrow, a co-founder, told the group that “our whole purpose is to get people on the property.”

Maybe not so many, rejoined several members. “Give us our farmers market back,” said Mr. McMillan. “You don’t need all those classes and events.” Amber Waves, though, defines itself on the web as a “501(c)(3) not-for-profit farm with education at its core,” and “we do need funding,” Ms. Merrow said.

Someone suggested that the market’s employees park across the street, “since their cars don’t move,” and let parents and shoppers use the land behind. That space is limited, however. While Ms. Merrow promised to “look into the parking,” both the people and the problem may have gone away by the time the committee meets next, a week after Labor Day.

In other business, the committee voted unanimously to write the town board about its townwide streetlight conversion project, protesting that “changing bulbs on existing poles” to improve “safety” is not what Amagansett really needs.

“On Amagansett Main Street, the poles are in unfortunate locations,” said John Broderick, who drew up the letter. “The entrance to the Amagansett parking lot absolutely requires lighting,” he wrote, as does Main Street itself — and the new poles “will require excavation and power cable runs.” In sum, said Mr. Broderick, there is a “major missing expenditure” in the current plan.