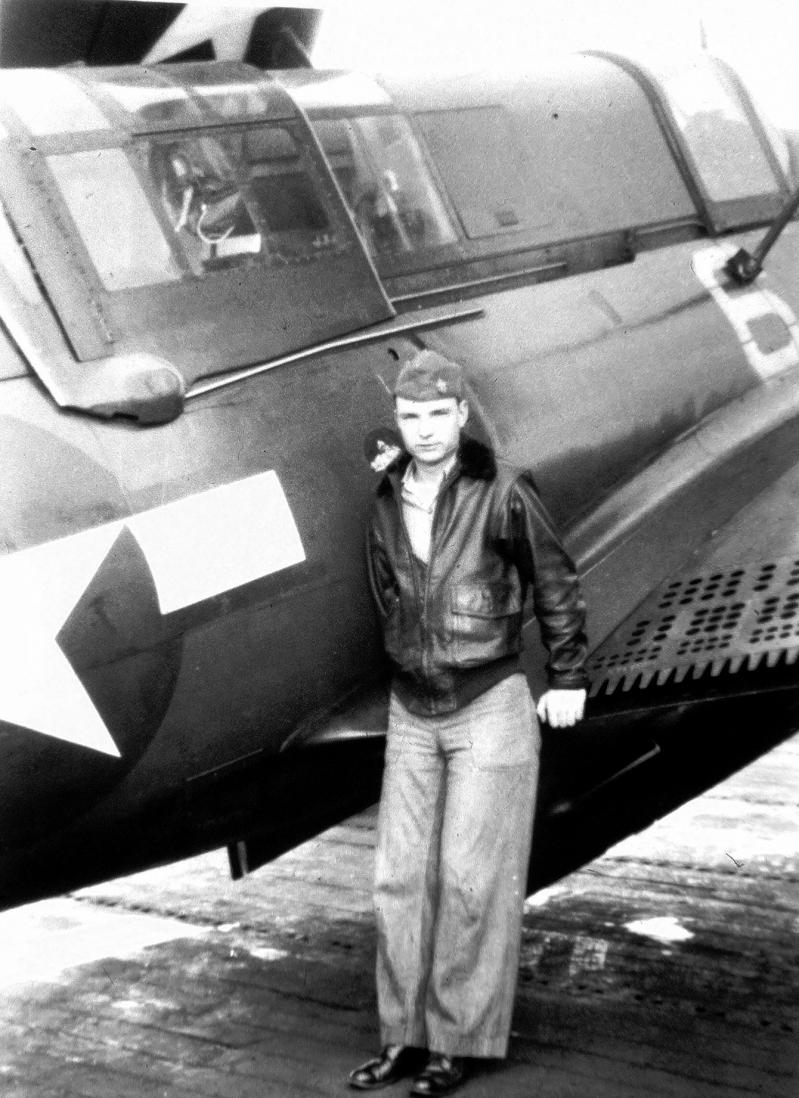 This photograph from the Springs Historical Society shows Donald Asa Miller (1917-2007) in a bomber-style aviator jacket. The plane behind him carries an Army Air Corps logo, although Miller served as a radioman in the Navy.

A son of Asa B. Miller and Nellie Smith Miller, Donald was born on Accabonac Road in Springs across from Green River Cemetery and attended the Springs School. He graduated from East Hampton High School in 1935.

Before the bombing of Pearl Harbor, Miller was stationed at the naval base in New London, Conn., according to The East Hampton Star. By December of 1942, he had been promoted to radioman first class, and while The Star was mum on his exact posting, the paper did indicate that he was at an “Atlantic Coast Naval Air Station,” further noting that he’d been flying steadily “for about a year.”

By March of 1943, The Star reported that Miller was at Brooklyn’s Floyd Bennett Field, visiting with family, which he was able to do several times during late 1943 and early 1944. By December of 1944, The Star relayed a report that Miller was serving “in South American waters most of the time.” By March of 1945, he visited home from a station in Puerto Rico. He spent 20 years in the Navy, joining as a radioman and retiring as an aviation chief radioman.

During his career, Miller helped in developing sonar, working as one of the Navy’s first sonar operators during World War II. He remained on active duty with the Navy until 1957, and then spent another 10 years as a reservist, settling down and raising a family in Springs with the former Lucia Duncan, whom he met flying back to New York from California. He was active in the Bonac Amateur Radio Club, under the Ham radio call sign W2MQB, for “Mighty Quiet Bonicker.”

After his years in the Navy, Miller worked as a transmitter engineer and radio operator for a ship-to-shore relay station on Napeague. Later in his retirement, he became a part-time chief radio operator on cruise ships in the Caribbean.