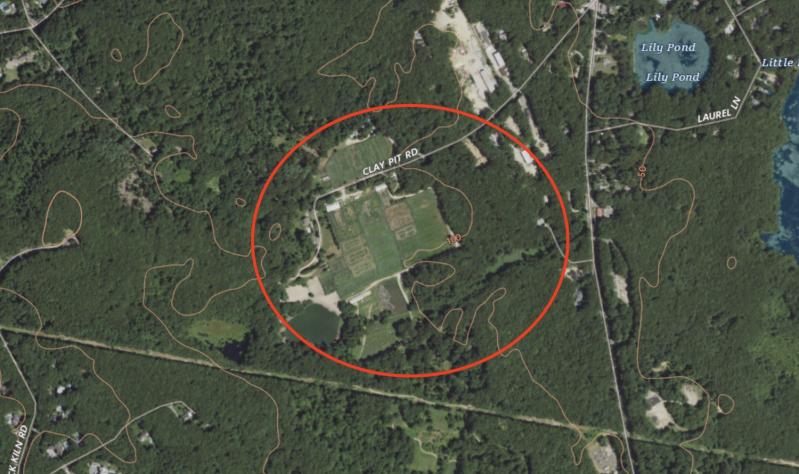 Avian flu in his flock of game birds "no doubt came from a couple of wild ducks coming into my pond," said Dave Schellinger, the owner of the 82-year-old Spring Farm in Sag Harbor.
U.S.G.S.
By Christine Sampson

A strain of avian flu that state officials have deemed "highly pathogenic" has arrived on the South Fork, where a farm in Sag Harbor lost about 6,000 game birds late last month due to the infection and its potential to spread.

The Sag Harbor outbreak, at Spring Farm on Clay Pit Road, was one of three discovered in Suffolk County and a total of six statewide. In February, eight birds in a residential backyard flock were euthanized, and on March 25, the virus was detected in a flock of several hundred.

Both the State Department of Agriculture and the Suffolk County Health Department declined to specify the locations of the first and third outbreaks, but Dave Schellinger, the owner of the 82-year-old Spring Farm, confirmed Friday that his birds — mostly pheasants and ducks raised for sport hunting — were completely eliminated.

According to a website set up to track avian flu by the Animal and Plant Health Inspection Service, a division of the United States Department of Agriculture, the outbreak at Spring Farm was the largest in New York State since this strain was first detected earlier this year.

"It no doubt came from a couple of wild ducks coming into my pond," Mr. Schellinger said Friday. "I think I'm going to go out of business, probably, but I'm old enough to retire. It's just about that time. This, I think, is the deciding factor."

A state spokesperson, while not identifying the Sag Harbor outbreak by specific location, said that the farm's owner "reported high death loss to his veterinarian and the veterinarian reported it to the department." To contain the spread after the cases were first detected on March 23, the birds remaining at the game farm were euthanized with carbon dioxide between March 27 and March 30.

At Iacono Farm on Long Lane in East Hampton, Anthony Iacono, who raises chickens for market, said he had heard about the bird flu from Mr. Schellinger himself before word reached the public, and is extremely concerned for the health of his flocks.

"There's only so much we can do, but we're doing all we can. It's a very bad situation," said Mr. Iacono, whose own farm was established in 1929 by his grandfather.

Dr. Joy Bennett, the chief veterinarian with New York State's Department of Agriculture and Markets, said in an interview Friday that there is no risk that this strain of avian flu can spread to humans, but the risk to chickens, turkeys, ducks, and other fowl is severe. Sick birds and their eggs do not reach consumers.

"This year, it is very worrisome for our poultry flocks because it's a very virulent strain," she said. "It's nothing that we've really seen before. This year in particular is really the time that poultry producers should be looking for the signs and taking preventative measures."

Those actions, Dr. Bennett said, include keeping birds inside whenever possible so that they don't encounter the wild birds that carry the virus. People should not feed wild birds like ducks, geese, or even songbirds. Poultry farmers and those with backyard flocks should limit visitors to their farms or backyards, and those who work directly with poultry should wash their hands and disinfect their boots and tools frequently. People should store food for birds securely, "so they don't attract wild birds or rodents. Rodents may not get infected, but they can carry the virus on their feet or fur."

Mr. Iacono said he is taking those exact steps to protect the approximately 3,000 birds at his farm. "Even the feed truck doesn't come on. We meet off the farm," he said. Avian flu can be spread on vehicle tires. "It's safer for both our farm and any other farm they go to," he said.

Commissioner Richard Ball of the State Department of Agriculture and Markets described this year's outbreak as an unusual situation, one that threatens poultry farms across New York and in 17 other states so far. On March 25, he banned live fowl shows and swaps as a precaution. It is the biggest concern since a major outbreak of avian flu in 2015 in the Midwestern United States, he said. That outbreak claimed 50 million birds and was caused by wild bird migration. At that time, transportation of poultry from the Midwest was banned.

"We've got a flyway in the Midwest, and a pretty significant one on the East Coast. This is how we're coming to find it in New York State this year," Mr. Ball said. "We're reacting very quickly and doing lots of testing to hopefully minimize it. . . . It's as random as a duck or goose or wild fowl getting into the wrong areas."

He described the state's poultry industry as "significant." In 2017, the most recent year for which data were available, it generated a $194.7-million market.

In East Hampton Village, where a large number of ducks, geese, and other waterfowl frequent the Nature Trail on David's Lane that is managed by the Ladies Village Improvement Society, volunteers are on the lookout for any sign of the avian flu. "We're concerned because Sag Harbor is awfully close. We are keeping our eyes peeled for anything unusual," said Dianne Benson, who heads the L.V.I.S. Nature Trail committee.

In the February incident in Suffolk, Mr. Ball said, "The people with the flock had been feeding the wild birds that were flying through."

Dr. Bennett of the State Department of Agriculture and Markets said signs of the avian flu in sick birds include swimming in circles and "twisted" necks. She advised people to report possible infections by phone to 518-457-3502 or by email to [email protected].

"We have a field staff spread out throughout the state — a very robust staff to address this," she said.

Mr. Schellinger said he was not sure of his next steps, but he said he plans to hold onto the farm's 125 acres. "I don't know why everyone's making a big deal. It's not something that humans need to be concerned about," he said.