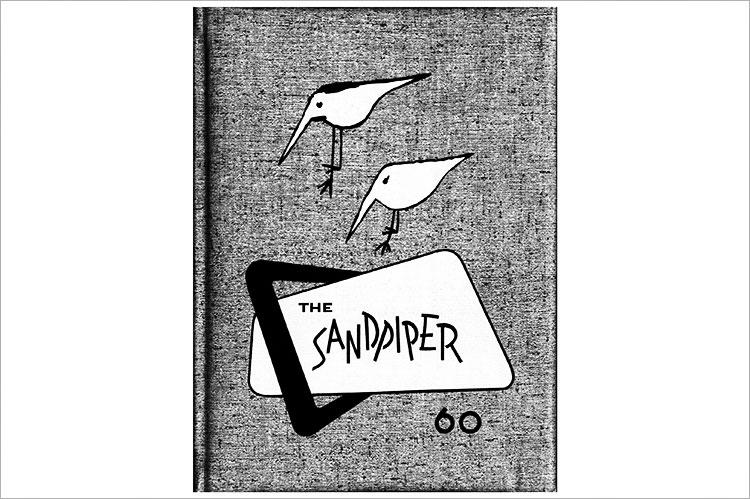 With the start of the school year, it seems like a great time to highlight yearbooks, which capture many pieces of student life beyond lesson plans. Shown here is the cover of the 1960 East Hampton High School yearbook. The name, The Sandpiper, was adopted by the school newspaper, The Bonac Beachcomber, and the yearbook staff to pay tribute to their mascot, a sandpiper named Bubba.

The graduating class dedicated this yearbook to Harold R. Thayer, a teacher and mentor for many students here.
The valedictorian of the class of 1960 was Josephine Mathilda Bennett of Amagansett. Known to her friends as Jo, she participated in many of the high school's extracurricular activities, including the yearbook, the dance committee, the senior play, basketball, and volleyball. The East Hampton Lions Club awarded her $100 as the student of the year.

At the time of her graduation, Jo planned to attend Mount Holyoke College in Massachusetts and hoped to become a teacher. By 1962, The East Hampton Star reported, she was majoring in mathematics there.

Harrison George Schneider Jr., the salutatorian in 1960, played on the football, basketball, and baseball teams, worked on the school newspaper, and took part in the honors group. He planned to attend the University of Wisconsin to study liberal arts.

Both Jo and Harrison won recognition as most likely to succeed. At the graduation ceremony, the topic of Jo's speech was "What Is an Education?" Harrison spoke about "The Value of the Foreign Exchange Student."
The senior banquet that year was held on June 18 at the Montauk Yacht Club. Sixty-two seniors graduated and received their diplomas the following weekend on the high school's front lawn.