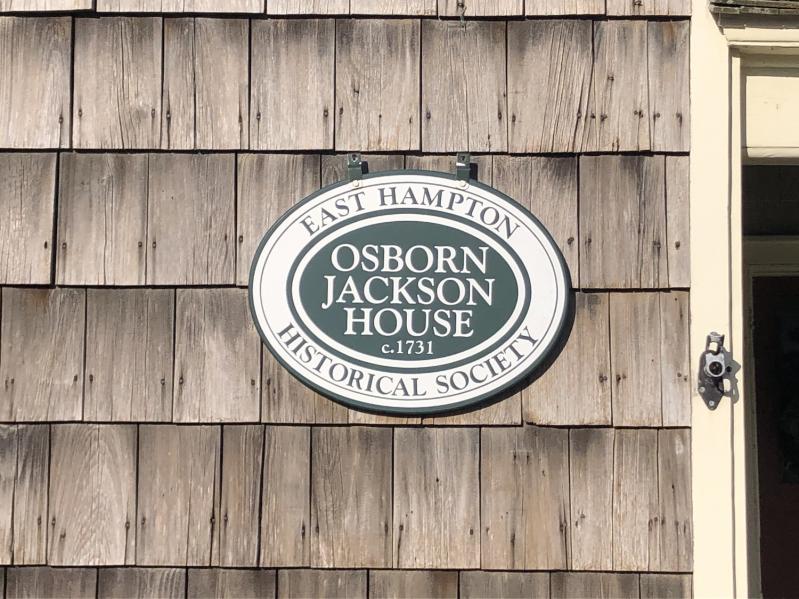 The historical society is headquartered in the Osborn Jackson House on East Hampton Main Street.
Durell Godfrey
By Jamie Bufalino

The East Hampton Historical Society has hired Stephen Long, the president of the Children's Museum of the East End in Bridgehampton, to be its new executive director, the organization announced on Monday. Mr. Long has led CMEE since 2008, and during his tenure attendance has doubled and programming has flourished, the museum said in a statement.

Before working at CMEE, Mr. Long had been vice president of collections and education at the Tenement Museum in Manhattan. The historical society had conducted a nationwide search for a new executive director, Mike Clifford, the president of the board of trustees, said in a statement, and "in the end, we were thrilled to find someone with roots already in the Town of East Hampton. Steve combines a deep commitment to the local community with extensive experience in history and historic preservation."

Mr. Long will join the organization at a time when it is celebrating its 100th anniversary and planning a renovation and reinterpretation of the Marine Museum in Amagansett, the historical society said. "I am excited and honored to join the East Hampton Historical Society and develop new opportunities for the entire community to engage with the past," Mr. Long said.