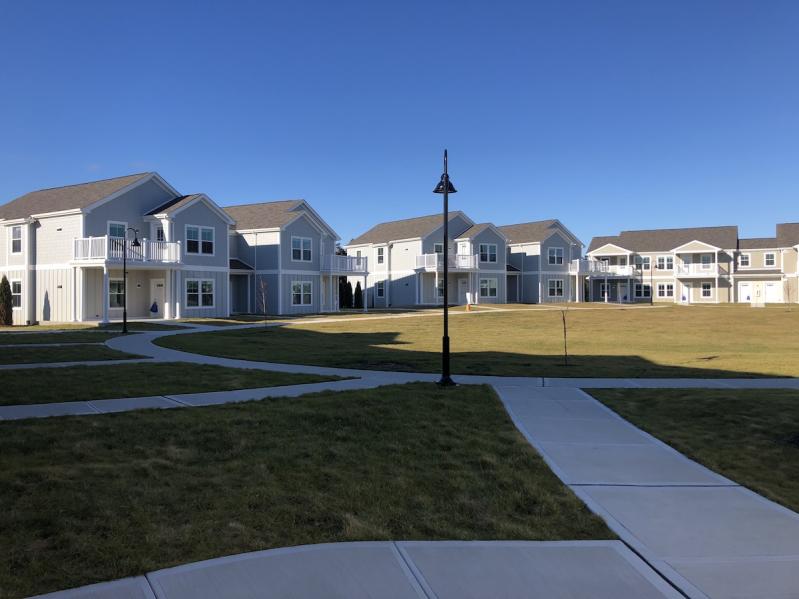 The Amagansett Citizens Advisory Committee had to make do Monday without its expected speaker, Katy Casey, executive director of the East Hampton Housing Authority, who couldn't make it to the Zoom meeting at the last minute, leaving the committee with a number of questions but few answers.

The subject was, or would have been, Gansett Meadow, the new 37-unit affordable housing complex at 531 Montauk Highway east of the I.G.A. In her absence, Ms. Casey sent an email giving a few facts about the complex, though apparently not enough to satisfy several committee members. Vicki Littman, vice chairwoman, read the brief statement aloud.

The "overwhelming majority" of people living in the complex are from East Hampton, it said. Among them are three town lifeguards but no police or fire department personnel and no schoolteachers. Five of the 37 households are from out of town, "87 percent are local."

John Broderick was not happy. "Is it full, or are there vacancies?" he said. "She didn't answer." Others wondered why there were no police, firefighters, or teachers in the complex, as the community had originally expected, though Dawn Brophy, who is a member of the Amagansett School Board, suggested that the latter might make too much money to qualify.

Rona Klopman, the committee chairwoman, said people had told her they'd submitted applications and never heard back; Jeanne Frankl said she'd heard there was "an enormous waiting list." (The Star reported in September 2020 that there were 543 applicants), and Susan Bratton suggested there was "a lack of transparency" in the evening's proceedings. It was unanimously decided to invite Ms. Casey to address the committee at next month's meeting, on Oct. 11.