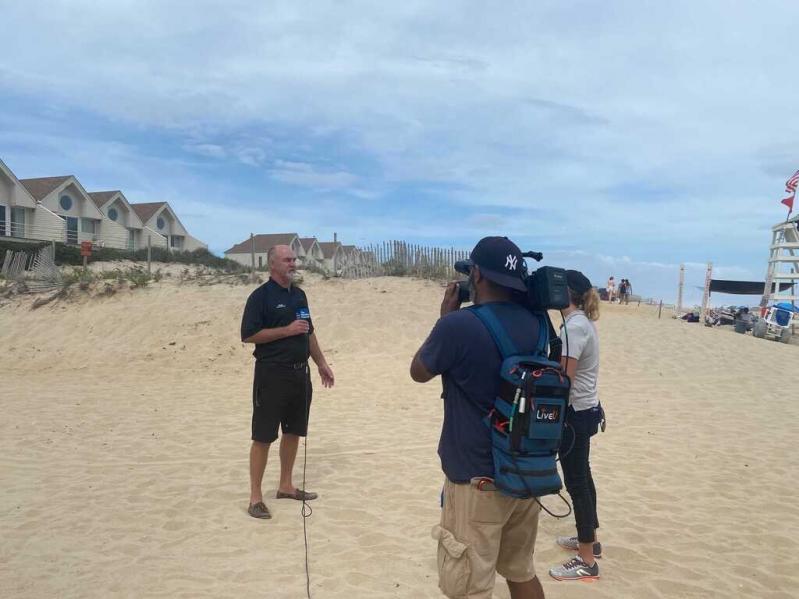 Gov. Andrew M. Cuomo also declared a state of emergency for the area and local officials are bracing for severe conditions.

"Town departments from Highway to Marine Patrol are prepared to respond to the weather emergency," the town said in a press release. "Residents in low-lying areas designated as storm surge zone 1 have been recommended to seek higher ground." Suffolk County's map of storm surge zones can be accessed here.

Southampton Town's state of emergency will extend through Wednesday. Town officials are encouraging voluntary evacuation for residents in low-lying areas.

East Hampton Town's ocean and bay beaches will be closed on Sunday. "Sand is being stockpiled at some strategic ocean road ends," the town said. ". . . Please do not go in the water."

The town's recycling centers in East Hampton and Montauk will also be closed Sunday. Long Island Rail Road service on the Montauk branch will be suspended east of Patchogue on Sunday.

As of Saturday at 4 p.m. the Hampton Jitney said it will still run a normal schedule on Sunday, but that it is increasing travel capacity for Saturday night and Sunday morning and encouraging people to travel as early as possible. "Depending on the severity of the storm, we may cancel trips tomorrow afternoon and evening," the transportation service said on Instagram.

Guild Hall in East Hampton Village and Breadzilla in Wainscott announced on social media that they would be closed on Sunday.