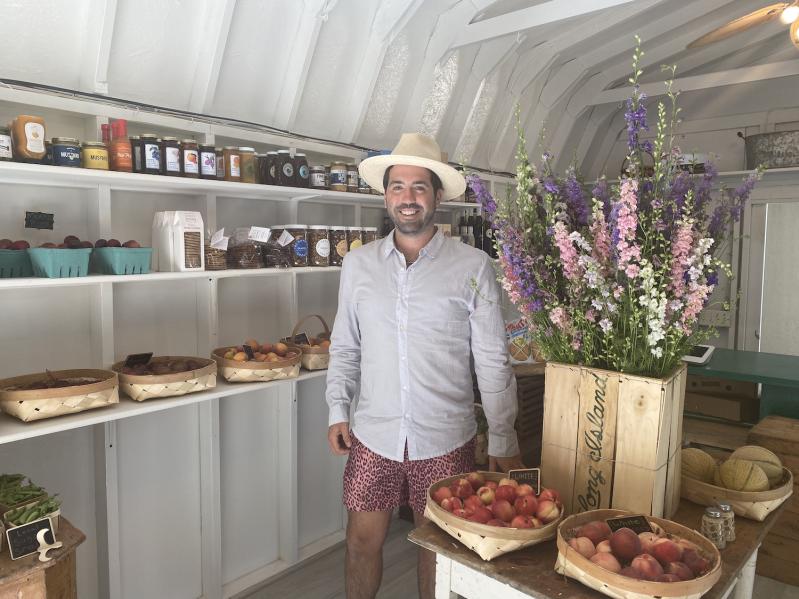 "I needed a big project to get me through Covid," said Harry Pinkerton. The Spring Close Farm, which he took over last fall, was it.
Jamie Bufalino
By Jamie Bufalino

Spurred by the pandemic to follow his dream of becoming a farmer, Harry Pinkerton, the new owner of Spring Close Farm in East Hampton, is giving the 1.4-acre plot a fresh start.

"There was like a vortex over this property, this magical feeling that I always had coming here," said Mr. Pinkerton, a Montauk resident who had been toying with the idea of purchasing the farm from its former owners, Darryl and Pamela Glennon, for some time. "I had made offers on it for five years. Not real offers, but I chatted with Darryl and said, 'I'll give you this,' and he said, 'No, it's too low.'"

Mr. Pinkerton's previous career path had been meandering. "I'm one of those people who had cool jobs, but I've always had different jobs," he said. "One year I'm working for a celebrity stylist in California, and then I ended up doing property management for another big celebrity who was bicoastal. I always loved my random jobs, but I knew there was something else out there for me. I was always wondering what my thing in life was going to be."