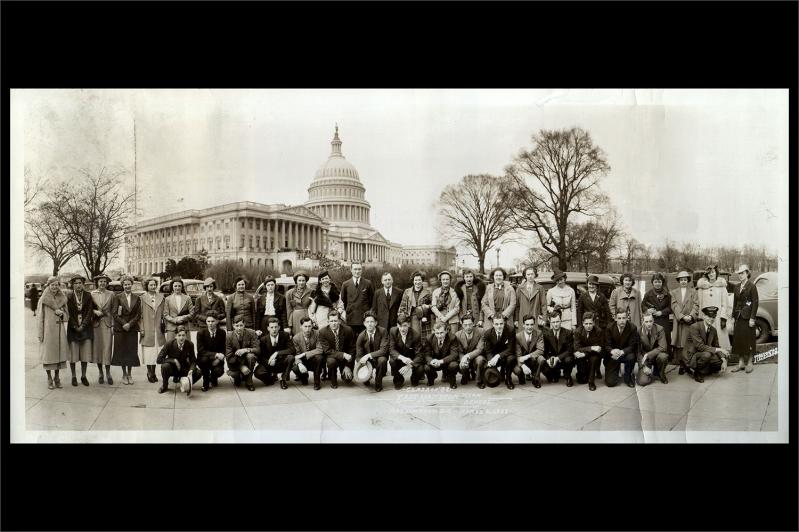 This year, we're able to observe a few more traditional end-of-the-year celebrations and events like graduation ceremonies. For generations of East Hampton High School seniors, those traditions included a class trip. In this photograph, the East Hampton High School class of 1937 poses in front of the United States Capitol building in Washington, D.C., on April 6, 1937. The travelers are dressed for colder weather, with a couple of young women wearing fur-trimmed coats over their suits and skirts. The young men all wear suits and ties, suggesting it was still rather chilly that April.

The group left East Hampton early on Saturday morning on a 7:02 train with a special car that was moved to the 10:30 a.m. train out of New York for Washington, D.C. Once in Washington, everyone stayed until Wednesday, although several students stopped between Washington and East Hampton to visit for a few days with family in or near New York City. The group traveled around the Washington, D.C., area by "sightseeing automobiles," one of which appears in the background of this image. This group, like prior students, visited the Smithsonian, Mount Vernon, Annapolis, and the Library of Congress.