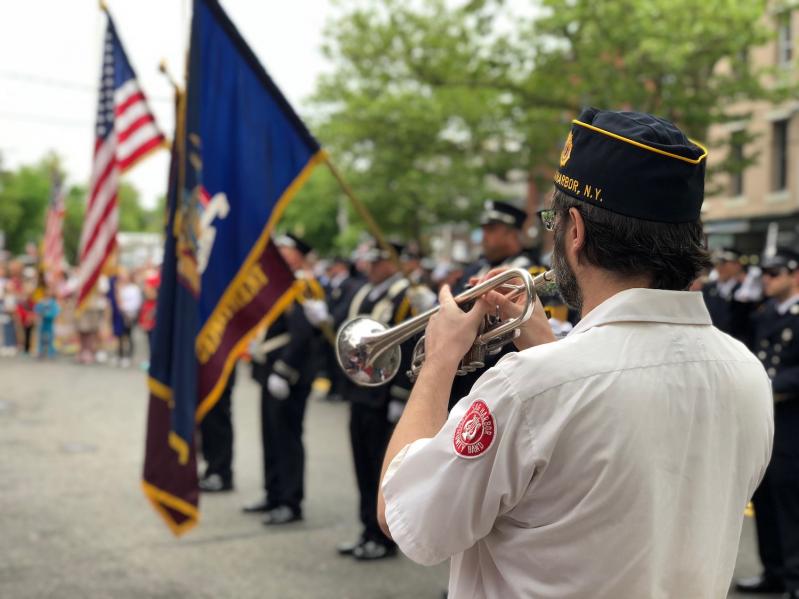 Following a solemn year in which all official parades were canceled locally, there will be parades in both East Hampton and Sag Harbor Villages on Monday.

The one in East Hampton will step off at the Presbyterian Church at 10 a.m. and take its traditional route to the Hook Mill for a wreath presentation and "missing man" ceremony.

The memorial events begin that day at 8:45 a.m. at Main Beach with the presentation of the colors, a prayer, and a 21-gun salute. Dean Foster will perform a wreath drop via airplane, though if the weather isn't cooperating, Jet Ski volunteers will take care of it.

On Sunday, the East Hampton American Legion Post 419's members, firing squad, and color guard will head out at 8 a.m. to pay tribute to fallen servicemen and women at all cemeteries between Wainscott and Montauk.

In Sag Harbor Village, the parade will start at 9 a.m. Monday at the World War I monument at Otter Pond at the corner of Main Street and Jermain Avenue. Organized by the American Legion Chelberg-Battle Post 388, it will stop at all monuments as it makes its way up Main Street to Marine Park, where the guest speaker will be Army Capt. Michael Dee, who lives in Sag Harbor.

Sag Harbor V.F.W. Post 9082 will place flags at the graves of local servicemen and women on Sunday.