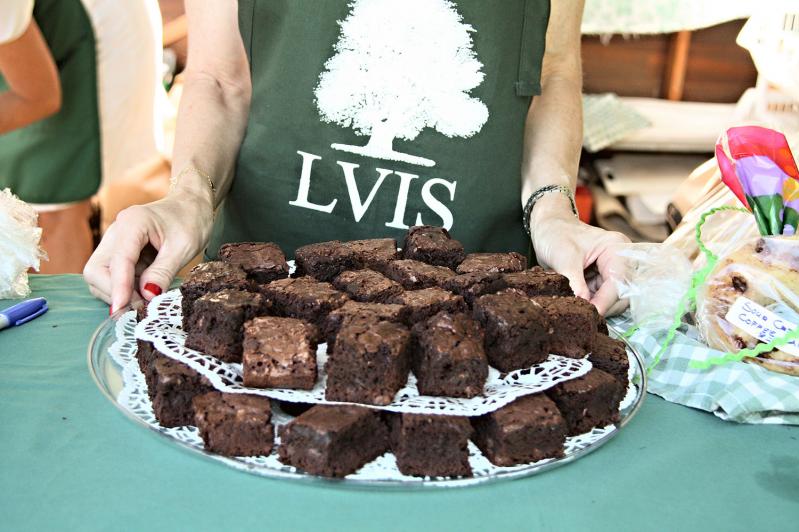 The organization, founded in 1895, has chosen its first executive director, and some members are frustrated that the post is not going to a woman.
By Jamie Bufalino

After a months-long search to find someone to fill the newly created position of executive director, the Ladies Village Improvement Society of East Hampton, a women's organization founded in 1895, has announced the hiring of "the most qualified candidate," Russell Kratoville, a man.

Mr. Kratoville, a longtime public servant on the East End, most recently served as administrator, clerk, and treasurer of Southampton Village. Previously he had been Southampton Town Administrator of Management Services, and before that, the interim executive director of Patchogue's Community Development Agency.

"Russell's background is tailor-made for the needs of L.V.I.S.," the organization said in a statement. "He has acted as a spokesperson to the public and the media, has extensive financial and management experience, and his understanding of the operations of village government will be helpful in our public-private partnership with East Hampton Village."

The statement did not address the fact that Mr. Kratoville is of a different gender from the organization's entire membership. His hiring was first announced in the L.V.I.S.'s February newsletter: "We are pleased to announce that Russell Kratoville has checked all the boxes (well, all but one)," it said, going on to encourage members to keep an eye out for Mr. Kratoville in the organization's thrift shops. "He won't be hard to spot."

After the hiring was formally announced, Morgan Duke Vaughan, who became a provisional member of the L.V.I.S. in October and applied for the executive director job, was so dismayed that a man had been chosen that she vented her frustration on Facebook. "If you want to know what systemic sexism looks like, here it is," she wrote.

"I do not believe the board of directors thinks they did anything wrong; they do not even know they're being sexist," Ms. Vaughan said on Saturday, explaining her accusation in an interview. "They just believed a woman could not do the job."

Ms. Vaughan, who for four years had been the executive director of LTV, East Hampton's nonprofit local access television station, said she had been particularly vexed by what she called the "ham-fisted" announcement of the hiring. "To read that he was above and beyond everyone else, that gutted me, because I know it's not true," she said, maintaining that she and at least one other candidate were equally if not more qualified, due to their hands-on experience working for nonprofit groups.

Ms. Vaughan, who has since resigned from the L.V.I.S., acknowledged that her criticism could be easily dismissed as sour grapes because she had been passed over for the job, but said that if a woman had been hired she would have not had any qualms. The L.V.I.S. board had "squandered the opportunity to show the world and East Hampton that women are capable of leadership," she said.

Nancy Horwich, an L.V.I.S. member, agreed with Ms. Vaughan's Facebook post, writing in response that she found the appointment "appalling" and would inform the board of her objection to it. Ms. Horwich did not respond to a request for further comment.

Ann Roberts, a longtime member of the society, said she was "not thrilled they hired a man" but was hoping for the best. "I do not know the thoughts of the board, why they felt it necessary to go in this new direction, but they did, and I have to assume they had sufficient reason," she said.

Barbara Borsack, a former deputy mayor of East Hampton Village, a longtime trustee, and the first woman to be elected to the village board, is not a member of the society, but has volunteered at its annual fair since she was a child. "The whole thing is disheartening, because it's hard for women to find positions of leadership," she said. The L.V.I.S. hiring a man as its executive director is akin to "the Sons of Italy hiring a female Norwegian," Ms. Borsack said. "Why would you do it?"

Jennifer Tarbet, the L.V.I.S. president, said the decision was not based on gender, but on a resume. The negative reaction to the hiring will be quelled once members get to know Mr. Kratoville and come to understand that he "has a pleasant personality and the qualifications," she said. Mr. Kratoville could not be reached for a comment.

Ms. Tarbet pointed out that, as executive director, Mr. Kratoville will be working for a female president and an all-female board of directors. "This is a staff position we were looking for," she said.

According to the job description posted by the L.V.I.S., an executive director is expected to "inspire, motivate, and energize the staff and volunteers." The winning candidate would be the "de facto C.E.O. of L.V.I.S. -- Chief of Enthusiasm and Optimism."

Ms. Vaughan said that during her interview with the board, the topic of increasing and engaging the membership was discussed for at least 10 minutes. "I have nothing against this guy, but how is he going to do that? That's the real head-scratching part," she said.

"You can be enthusiastic if you're male or female," said Ms. Tarbet.