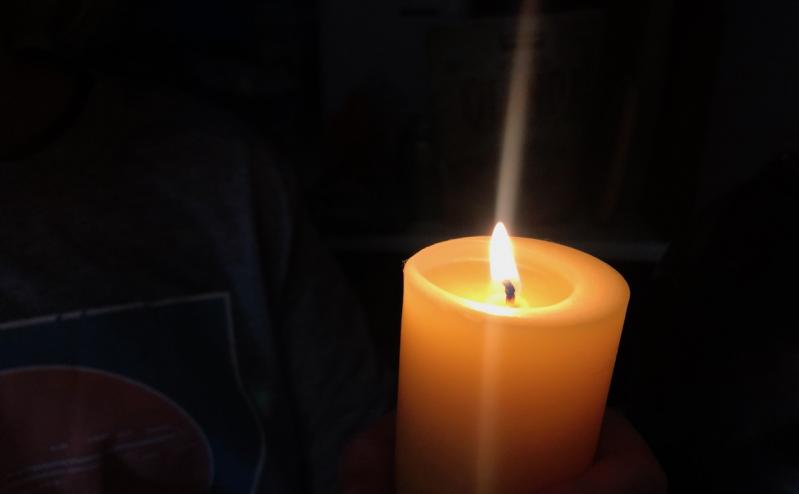 People are asked to have their own candles, ready to light, at an interfaith candlelight vigil on Saturday.
Carissa Katz
By Christine Sampson

“There’s a lot of pain and anger and fear in our country right now, and we already knew that there was divisiveness, but the events that took place in Washington, D.C., two days ago really struck a nerve,” Rabbi Josh Franklin of the Jewish Center of the Hamptons said by phone on Friday.

That’s why the East Hampton Clericus, a group of leaders representing the different religious organizations in the community, has planned an interfaith candlelight vigil on Saturday at 5 p.m. via Zoom. Open to all people regardless of faith or denomination, it is meant to have a healing effect in response to the violent storming of the United States Capitol earlier this week by a large mob of fervent supporters of President Trump, which happened on the very day that Congress was to certify President-elect Joe Biden’s victory in the November election.

Rabbi Franklin, who is a member of the Clericus, said leaning on each other during times of difficulty will help people cope with hardship. “If we could be together in person we absolutely would, but at least virtually, we wanted to do something to support our communities and pray for peace, pray for our country, and pray for healing,” he said. “I don’t know if ‘peace’ is the right word — for reconciliation, for unity. We really need to come back together amidst this insane divisiveness.”

The vigil is expected to last an hour. People should have their own candles, ready to light during the event. The Zoom link can be found on the website of the Jewish Center of the Hamptons, at bit.ly/2Lfeduv.

Pastor Scot McCachren of the East Hampton Presbyterian Church, who is the lead moderator of the Clericus (a role that periodically shifts to different clergy members), said the goal is to “come together and remember who we are both as neighbors and the East Hampton community.”

“We may disagree with each other about politics, but that’s not fundamentally who we are,” Pastor McCachren said. “We love each other. I think we need to get together and remember that, and pray together.”