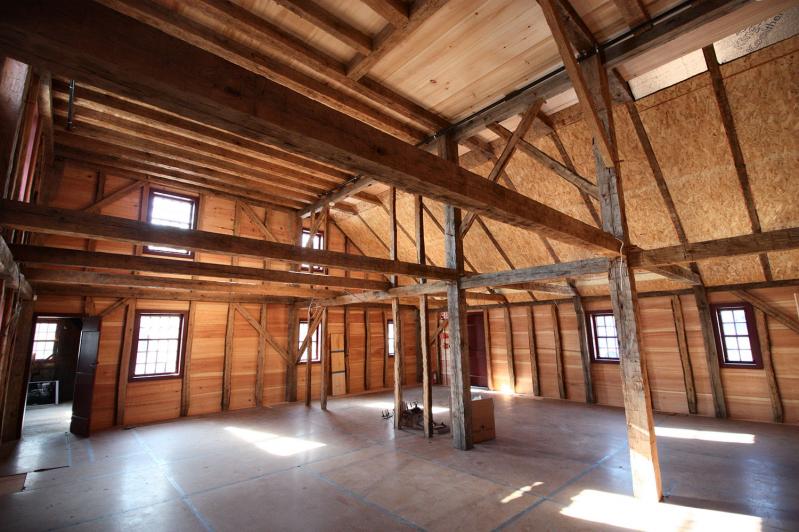 The years-long process of turning the home and workshops of the Dominy family craftsmen into a museum is in its final stretch. Just a few more months of construction remain to restore key historical details such as an 18-century forge, and to install modern utilities such as water service and a septic system, according to Robert Hefner, East Hampton Village's director of historic services.

The Dominy family, including Nathaniel Dominy IV, his son, Nathaniel V, and his grandson, Felix Dominy, was renowned for its woodworking and clock and watchmaking skills.

The Dominy house, built circa 1765, was torn down in 1946, but the New Jersey Barn Company, experts in restoration, has reconstructed its timber frame, using detailed architectural specifications collected by the federal Historical American Buildings Survey before the house was demolished. The replica, like the original, is built with hand-hewn timber and handmade nails, and the interior doors are outfitted with antique handles. 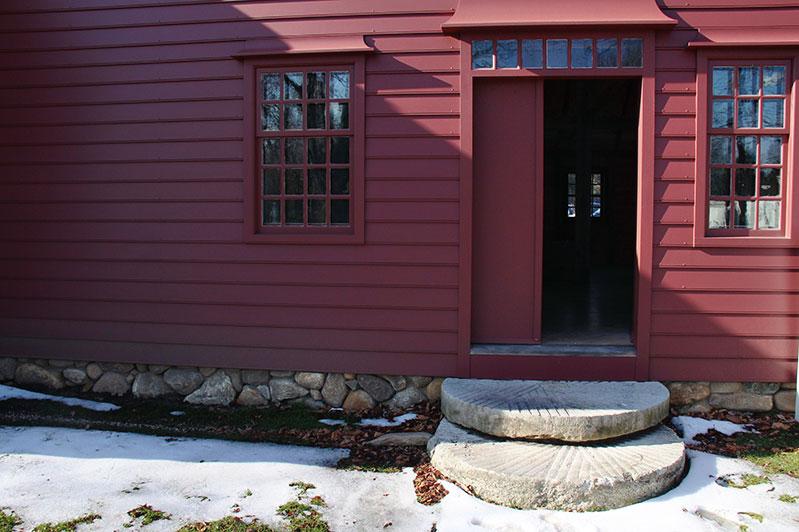 The 1791 woodworking shop and 1798 clock shop — the only Dominy buildings still in existence – were saved from demolition in 1946 by Dudley Roberts, a Further Lane resident who moved the structures to his property. After the village took possession of them, they were relocated to Mulford Farm on James Lane for safekeeping, and restored there in 2019.

That autumn, the three structures were finally returned to their original site, a 5,400-square-foot parcel on North Main Street.

"It's extraordinary that this is here now," said Mr. Hefner after giving a tour of the compound. "When you look at the old photographs of the house, it had been abandoned and run down for so long, so it didn't look like a lot, but it was actually a very fancy house, one of the fanciest in East Hampton." The "handsome" replica has done it justice, he said. "Some people have said it's the nicest building the village owns."

The house will serve as an exhibition space for the museum. When visitors enter the building, they will cross a doorstep made from a millstone found on the grounds of the village's Gardiner Mill cottage, and, thanks to a $9,000 donation from the East Hampton Ladies Village Improvement Society, walk through a reconstruction of the Dominys' front door.

Eventually, the space will contain displays of Dominy furniture and clocks, a model of a Dominy windmill, descriptions of the craftsmen's work process, and more to be determined. "Right now, the focus is to get the buildings finished and then worry about the displays," said Mr. Hefner.

The interior of the 10.2-by-14.3-foot clock shop needs the most work, he said, and the biggest project will be rebuilding the forge. Mr. Roberts had repurposed the original bricks for a fireplace. "The fireplace came down, but the bricks were saved, so we'll have one of the most authentic forges," the historian said. "It has turned out to be the best documented 18th-century forge." In fact, when the developers of Colonial Williamsburg were recreating a blacksmith shop, they turned to it for inspiration. "I looked at their forges and said, 'That looks a lot like the Dominy forge.' . . . They used the 1940 plans."

When construction crews were repairing the floors in the 15-by-22.4-foot woodworking shop, they discovered that it had a fireplace. "Nobody knew about this," said Mr. Hefner. "An opening was in the floor, and it was obvious from the framing that there was masonry against it, so it was the only explanation." The fireplace will be rebuilt, and shelves, workbenches, tools, and other fixtures the Dominys would have used will be added to the space.

The final phase of construction will begin shortly after Feb. 9, when the village receives bids for the remaining work, including the installation of a museum-caliber heating and cooling system. "Mechanical systems are the biggest part of this phase, but the forge brickwork is the most important part," said Mr. Hefner.

Because of the pandemic, the village postponed the centennial celebration of its 1920 incorporation until the coming fall. The grand opening of the museum later this year will be a big part of the event.