Greener pastures and more opportunities after they left East Hampton 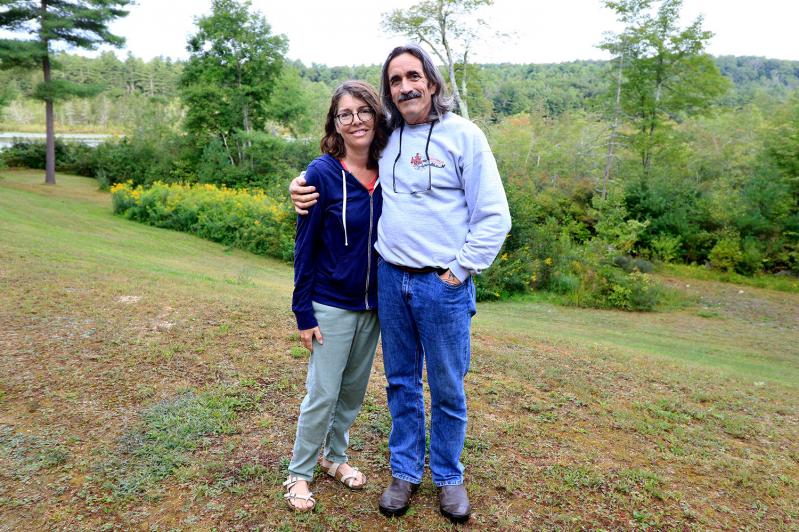 Is there life after East Hampton?

The answer is a slightly bittersweet "yes," according to several longtime residents -- and very active community members -- who have moved away over the last couple of months.

Nearly every day, Melissa Berman, a former Montauk resident who was a founder of the nonprofit organization East End Cares, walks among redwood trees in Marin County, Calif., where she's been living for about nine weeks.

Matthew Posnick, who trained dogs for the Animal Rescue Fund of the Hamptons for many years, built a huge canine agility course on part of the five acres of land that he and his wife, Tina Mills, now own in Winterville, Ga., where they have lived with their 10 dogs since Sept. 27.

Morgan Vaughan and Tristan Vaughan, who moved in September to Richardson, Tex., a suburb of Dallas, were welcomed by three friendly neighbors bearing plates of cookies. Their son, Frank, has adapted wonderfully, they said. They've been paying a lot less for groceries; their property taxes include garbage hauling; and when their heating and air-conditioning system needed maintenance, they were able to get a service company to come almost immediately.

Dell Cullum, a well-known wildlife rescuer who grew up in Amagansett, has lots of great new neighbors, too: otters, beavers, bears, moose, bobcats, and many other creatures native to Hampshire County, Mass., where he and his wife, Dee Cullum, bought a historic house on a pond. "It's such an alive place -- on the other end of the spectrum in the context of the Hamptons," he said. "It's night and day."

Their destinations differed, but there were common threads in their decisions to move: Retirement was calling; the cost of living here was too darn high; traffic was intolerable; stable housing was getting harder and harder to find; and there were increasingly fewer high-paying jobs outside of the hospitality, service, and real estate industries.

Mr. Vaughan and Ms. Vaughan are fine-tuning their audition reels and getting ready to jump into a thriving arts scene in Texas. They had started the Round Table Theater Company here, and Ms. Vaughan was the executive director at LTV for three years.

"I just think that not being able to get a job that was satisfying and where I could use my talents was a big deal," Ms. Vaughan said. "The employers out there have to start looking within the local community pool, because I see over and over again people who are looking outside of the community." New employees, she said, "then leave after four months because they didn't know what they were in for. I think the employers need to realize that 'it ain't fish you're buying, it's men's lives,' " she said, quoting Sir Walter Scott via Peter Matthiessen.

But Ms. Vaughan, who had been living in the East Hampton house where she grew up, "had to literally be pushed out," she said. "We had to leave in the middle of the night. I was already crying all the time."

They chose to move to Texas because they had family there, and bought a ranch house with the money they got from selling their East Hampton property. "I don't want to sound like such a 'negative Nellie' about it, but there is a real disconnect between the haves and the have-nots," Ms. Vaughan said.

Ms. Berman, too, struggled with finding housing after the Montauk house she had been renting was sold. She considered moving to Sag Harbor, but the best she could get was a room in a shared house for nearly $4,000 a month. She declined.

Ms. Berman's arrival in California, where she had previously lived for a few years, was the culmination of a three-week, cross-country trip that she documented on Instagram, calling it her "American dream trip." Her "aha" moment came on Labor Day, when she walked downtown in California to get coffee, and realized that she'd be able to do the same thing tomorrow. "I looked around and said, 'this will be the same all year round,' and that made me feel great," she said. "I think most of all, that that's the best part."

For Mr. Cullum, the best part was escaping "frustration from the mundane and the things going on that were just too stressful." He had grown tired of aggressive drivers and traffic -- and who here hasn't -- and he was discouraged by the growing number of animal control businesses here that he said weren't humane.

His mother, Emily Cullum, died in June, signaling one fewer tie to the South Fork. He knows he'll be back to visit his many friends and to give talks about native animals to schoolchildren, but otherwise, he's happy to be in a new environment. "I'm in a completely different situation, but I'm surrounded by the things that I love the most -- the wildlife and my family."

Mr. Posnick, too, is happier. He's close to the University of Georgia, making it a diverse and interesting community, and likes that there are many bands he can go listen to. He said he is "grateful to East Hampton" for the 30 years he spent there.

"I'm getting older, and one day my friend said to me, 'How would you like to live the rest of your life?' I thought I'd like to live in a place that's a little warmer than New York and a place with a little more land and a place where I can just relax with my dogs," he said. "Now, every day is for myself. It's not 'what do I have to do today,' it's 'what do I want to do today?' "

In moving, however, there have been tradeoffs.

"I miss my peeps. My friends. I miss the community that obviously I felt very much a part of," Ms. Berman said. "I miss being able to walk down the street to the beautiful beach I lived right near . . . but mostly I miss the people and that sense of community that we have -- had -- on the East End. It was a very beautiful thing."

Diana Weir, a former board chairwoman for LTV and member of the Kiwanis Club, lived in Wainscott for 35 years, serving on the East Hampton Town Board for some of them. "It was the longest I lived anywhere," she said, "and I loved it." Because of that, there was some trepidation when she moved, she acknowledged. "The ocean is four hours away," she said, but she hadn't been going that often to the beaches here anyway. They were too crowded.

"It's an adjustment because my friends are all there, but my family is here," Ms. Weir said. "My friends are still on Facebook, TikTok, and Facetime, but I have all these modern conveniences now." Every store she likes is at most 15 minutes away, and there are waterfalls running through the hills in her new town of Simpsonville, S.C. She paid cash for a brand-new house. She's already joined a gardening club.

"We think up north that we have everything and everyone else is a bunch of hicks," she said. "But guess what? There are plenty of gorgeous places and fancy cars and fancy restaurants. What did we think, that we were the only people on the planet over there? It's kind of funny when you think about it."