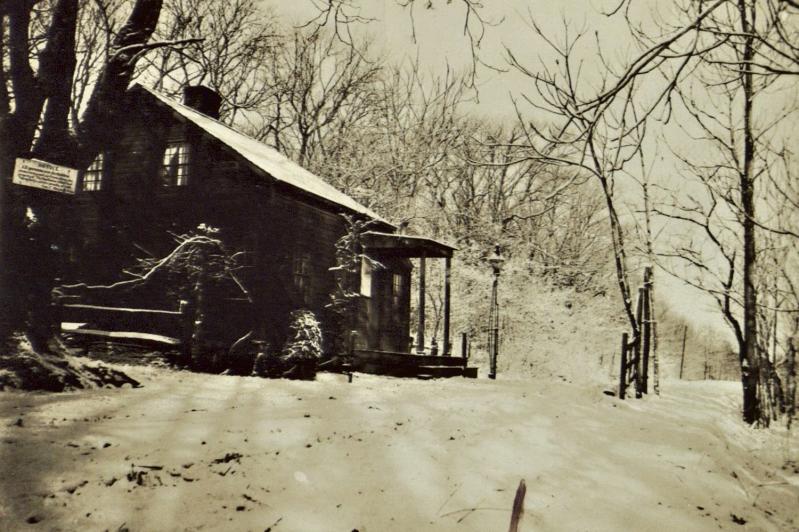 While driving through the South Fork, many of us have taken the Bridgehampton-Sag Harbor Turnpike, which was once known as the Bull's Head and Sag Harbor Turnpike. This road was a simple path frequently used by merchants with their carts carrying goods.

In 1833, Samuel L'Hommedieu Jr., William Rysam Sleight, and Abraham Topping Rose (1792-1857) recognized the need for a better road and applied to the state for approval to build a toll road between the Bull's Head section of Bridgehampton and Otter Pond in Sag Harbor. They received state approval and named their company the Sag Harbor and Bull's Head Turnpike Company. (The Bull's Head area is around the Founders Monument in the middle of Montauk Highway at the Ocean Road intersection.)

The road featured a tollhouse and gate. The structure was built in 1834 and began operation on March 29, 1837. Today, the Sag Harbor Recycling Center is across from where the tollhouse once stood. The original charge for using the road was 8 cents per two-horse wagon, 12 cents per stagecoach, 4 cents for a sled, and 3 cents for a horse and rider.

Daniel McCullin (1821-1909) lived in the tollhouse with his wife, Ann Johnson McCullin (1828-1911). He immigrated to America from Ireland in 1848 and put down roots in Sag Harbor. In 1882, he moved outside the village to become the toll taker in Bridgehampton. The tollhouse ceased operations in 1905 because of the recent extension of the Long Island Rail Road and the decline of the whaling industry. McCullin remained at the residence until he died on Sept. 17, 1909.

Shortly after his death, on Nov. 11, 1909, the tollhouse caught fire and burned to the ground. At the time, the owner of the residence was George Kiernan. Most of its contents belonged to Mrs. McCullin and were lost.