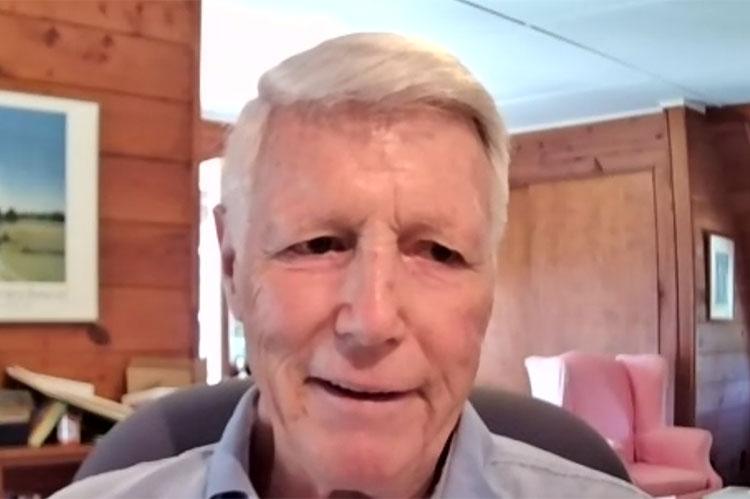 Invited to speak to the Wainscott Citizens Advisory Committee on Saturday, Sagaponack Village Mayor Donald Louchheim said incorporating in 2005 "saved our village," but concluded that "every potential village is different, and it's really only going to work if people can pull together."

His message was heard by a virtual crowd of about 50, among them members of the two groups who are on opposite sides of the incorporation question. The Citizens for the Preservation of Wainscott favor becoming a village, while Wainscott United is opposed.

Mr. Louchheim fielded question after question from curious members of the Wainscott Citizens Advisory Committee, both past and present. He described a community united in opposition to efforts by oceanfront property owners to incorporate the Sagaponack beaches into "Dunehampton" in 2003. Before that, he said, an effort in the 1990s to strike out as a village, galvanized by development of the supersize Rennert estate, also failed.

Since 2005, he said, when Sagaponack successfully incorporated, the village has preserved every one of its historic structures, written "virtually bulletproof" zoning decisions that rarely stray from village code, lowered the speed limit in many places, and kept a pledge to the residents that they would not pay more in village taxes than they were already paying in town taxes.

"We promised we would be a barebones village" that was efficiently and inexpensively run, Mr. Louchheim said. "We would not provide services not already provided by Southampton Town."

Sagaponack contracts with Southampton Town for police services, coastal erosion and beach management, tax assessing, and a couple of other services. "None of them have ever been contentious," Mr. Louchheim said. "Several were difficult to negotiate, but that's what negotiations are all about."

Sagaponack's budget is about $1 million, with a volunteer village board. The Citizens for the Preservation of Wainscott have estimated a budget for a new village there would be between $250,000 and $300,000. That group, too, is proposing a volunteer Wainscott village board. Sagaponack's tax rate is $.06 per $1,000 assessed value, which means a $10 million house pays about $600 in village taxes.

"There's no basis to be afraid of village taxes," said Dennis D'Andrea, a Wainscott resident and C.A.C. member who also owns four properties in Sagaponack. Together, he said, his village tax bills for all four add up to a little over $405. "I think I've just presented proof that we shouldn't worry about that."

But to the Wainscott United folks, taxes are the primary issue. They say the hamlet has "legacy issues" — the East Hampton Town airport, affordable housing, commercial development, monitoring of the sand pit — that are more complicated than those that Sagaponack has faced since its incorporation. Wainscott is larger and more diverse than Sagaponack, Wainscott United maintains.

"The waters over there don't seem that troubled in terms of what [Mr. Louchheim] has had to manage," John Hall, a member of Wainscott United, said by phone on Tuesday. There are "a whole range of issues coming down the pike that will undoubtedly take great expertise, very good political hands, and a lot of money to deal with. As Mr. Louchheim said, attorneys' fees are likely to be the dominant and unpredictable cost on a going-forward basis."

Gouri Edlich of Citizens for the Preservation of Wainscott, who is an organizer of the incorporation effort, said in an email to The Star on Tuesday that "the mayor was crystal clear: incorporation 'saved our village,' ensured local control, has worked very well, and was economically beneficial. Sounds good to us."

She said the incorporation petition signatures are now up to "twice as many as we need."

Carolyn Logan Gluck, chairwoman of the Wainscott Citizens Advisory Committee, said everyone had asked great questions and that the discussion "sheds light on the situation here in Wainscott." She herself is still "on the fence" about incorporation, but said she had two takeaways on Saturday — that people need to think "closely and specifically" about the goals of such an effort, and that they need to also think about the benefits to the community at large.

"I still feel we need more information, but I feel we have our arms around this a little more," Ms. Logan Gluck said.

Michael Hansen, a Wainscott resident who took part in the C.A.C. meeting on Saturday, asked Mr. Louchheim whether he thought it was reasonable to compare Wainscott and Sagaponack.

"I don't know what a fair comparison is," Mr. Louchheim replied. "I do not equate Sagaponack at all with Wainscott. I know nothing about the politics of Wainscott, but our community was unified. Frankly, I think it will be much more difficult for Wainscott."