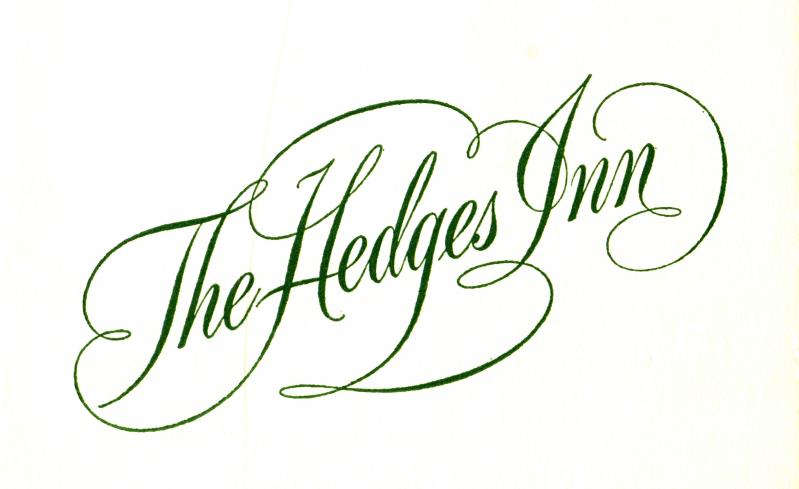 Henri Soule (1903-1966), owner of the famous Le Pavillon restaurant in New York City, owned the Hedges Inn in East Hampton Village from 1954 until 1964, turning it into a renowned destination that attracted socialites and celebrities. In 1958, the inn won Holiday magazine's Dining Distinction Award for the fifth time running. The magazine featured a list of award-winning restaurants from all across the nation in its July issue, and the Hedges was one of only four Long Island establishments to make the cut.

Members of the Hedges family, whose presence here dates back to the founding of East Hampton, were shoemakers, farmers, and whaling captains. The inn property is said to have been in the family from 1652 to 1923. The oldest surviving portion of the existing building is the 17th-century cellar; the barn once served as a cobbler's shop.

John D. Hedges (1839–1918) tore down the original house and built a new one in 1873. He added two stories to the new place and put it into service as a boarding house run by his wife, Caroline Isabella Homan Hedges (1846–1923). Boarders visited from all over and raved about her good New England cooking.

In 1924, Mrs. Harry Hamlin, a well-known presence on the East End social circuit, bought the building and restored it for reopening in 1935. Mrs. Hamlin sold the inn in 1954 to Henri Soule, who kept it until 1964. The property changed hands several times before coming into the possession of its present owner, who renovated it in 2016.