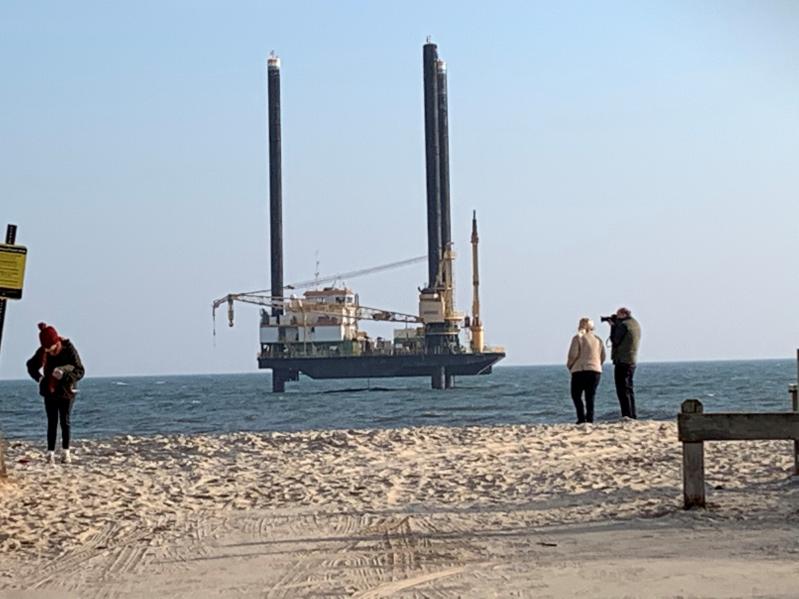 The large lift boat that conducted geotechnical survey work off the ocean beach at the end of Beach Lane in Wainscott last month has returned to complete that work.

The Laredo Brazos, a barge that can stand out of the water, arrived offshore on Nov. 15 and departed the area nine days later. It was to conduct soil borings 780 feet, 1,470 feet, and 2,160 feet from shore, but borings were completed only at the latter location. A plan to move the barge closer to shore on Nov. 18 was scuttled due to weather, according to a spokeswoman for Orsted U.S. Offshore Wind, which with Eversource Energy is developing South Fork Wind, a 15-turbine wind farm to be situated approximately 35 miles off Montauk Point.

The vessel moved to an area off Smith Point Beach in the Town of Brookhaven to perform similar work for the developers' Sunrise Wind project, a larger installation than South Fork Wind. That work has been completed.

Each boring is anticipated to take two to three days, weather permitting. Work on the vessel continues around the clock, and it may move during evening or overnight hours.

The developers have identified the beach at the end of Beach Lane as the preferred site to land the wind farm's export cable, angering many Wainscott residents. The plan has sparked an incorporation drive, which was the subject of a Dec. 5 Wainscott Citizens Advisory Committee meeting. 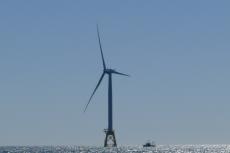 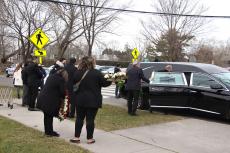 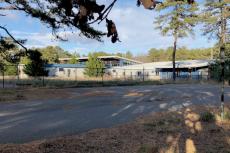 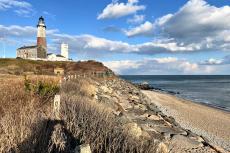