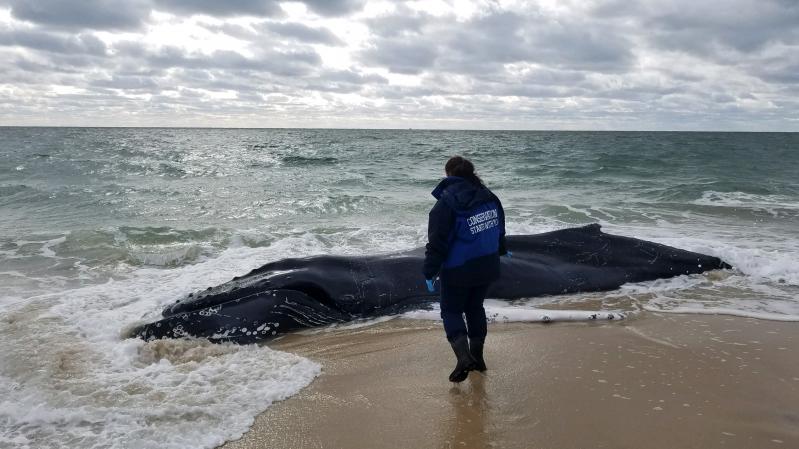 An emaciated humpback whale was found dead in the surf at Halsey Neck Lane in Southampton Village on Thursday morning.

The examination was completed around 3:30 p.m., and showed that the whale was a female humpback approximately 27.5 feet in length. "The animal was emaciated and there were no significant findings," the society said in a statement Thursday evening. The team took samples that will be sent to a pathologist to help determine the cause of death. Results may take several months.

The whale was buried onsite.

According to the conservation society, Thursday's discovery was the 13th large whale death and seventh humpback it has responded to investigate this year. An unusual mortality event has been in effect for humpback whales since 2016.

“As we continue to build capacity for large whale response in the area, working with network partners and individual townships is essential,” said Rob DiGiovanni, the society’s chief scientist. “Being able to pull resources together quickly for a response like this prepares us for a number of other response efforts on all scales. We’re grateful to have had all of these groups come together and support us today.”

As a reminder, if you see a marine animal in distress, contact the New York State Stranding Hotline at 631-369-9829.