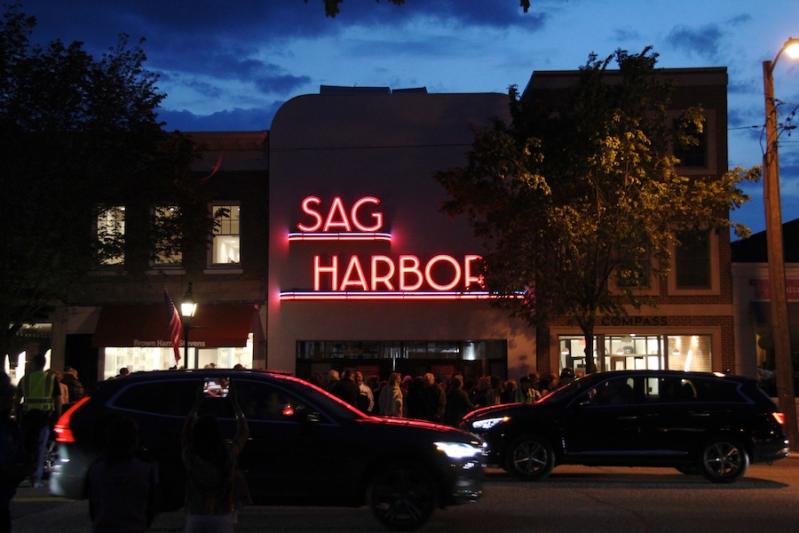 The Sag Harbor Cinema’s sign was ablaze again Saturday, at the site where the original building burned down in December 2016. A cinema arts center is expected to open there in the fall.
By Nina Channing